The SS Ancon became the first ship to do what?

SS Ancon was an American cargo and passenger ship that became the first ship to officially transit the Panama Canal in 1914. The ship was built as Shawmut for the Boston Steamship Company by the Maryland Steel Company, Sparrows Point, Maryland and put into Pacific service operating out of Puget Sound ports for Japan, China and the Philippine Islands. Shawmut and sister ship Tremont were two of the largest United States commercial ships in service at the time and the company eventually found them too expensive to operate.

The steamer was constructed by Maryland Steel, Sparrows Point, Maryland for the Boston Steamship Line as the SS Shawmut launched December 1901 and completed in 1902. The launch date is given as "today" in a piece in the New York Times datelined December 21, 1901 and published on 22 December while the journal Marine Engineering gives the date as 23 December.

George Oliver Prince
When I was stationed in Panama, we could see ships going through the canal from our office 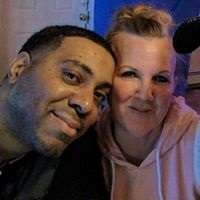 slscarbath
My grandfather retired from Bethlehem Steel, Sparrows Point Md. I still live right up the street from the property. I love the fact that this quiz gave me a little known fact about my hometown.

smurray
Wworst quixx ever for me! All pop. Culture and very esoteric info! Beware !!

Helga U. Williams
A good question and excellent options! 👍

Mr.LaFaye
I went through 3 times when I was in the US Navy. Lora Austin
When I was a kid, our elderly neighbor had worked on the Panama Canal. He told fascinating stories and had a big green parrot he brought back

Paul Backus
Couldn&#39;t be the first with diesel engines because the title shows that it was steam powered. Like Steam Ship Ancon. That&#39;s what the SS stands for.

Diane Herbert Wall
slscarbath, Bethelem Steel made the Golden Gate Bridge. Saw a film on it at Fort Point.