Water goes down the shower drain clockwise in North America and anticlockwise In South America. How do we call the phenomenon?

The Earth's rotation means that we experience an apparent force known as the Coriolis force. This deflects the direction of the wind to the right in the northern hemisphere and to the left in the southern hemisphere. This is why the wind-flow around low- and high-pressure systems circulates in opposing directions in each hemisphere.

The Coriolis effect was described by the 19th-century French physicist and mathematician Gustave-Gaspard de Coriolis in 1835. He formulated theories of fluid dynamics through studying waterwheels, and realized the same theories could be applied to the motion of fluids on the surface of the Earth.

William Laughlin
Melissa Brooks, Anticlockwise is an acceptable alternative to counterclockwise. They mean the same thing. Anticlockwise is more commonly used in British Commonwealth countries. Try to expand your mind. It might also help to do some research before you make a fool of yourself by ranting. BTW, you are hardly one to criticize someone&#39;s grammar. Your phrase, &quot;do to the devise&quot; should read, &quot;DUE to the DEVICE.&quot;

John Moore
In actual fact there is no truth in this at all. The Coriolis effect is too weak to make any difference. It&#39;s been demonstrated many times that water goes down a hole depending on the shape of the item it is running out of. It is a myth

dick aspel
Anticlockwise indeed exists- and we invented English after all. Karen Copus
This is NOT true !!!

Gary McLean
Counterclockwise is more correct .. same confusion surrounds owing to and due to..most people use due to instead of owing to.. owing to means &quot;because of&quot; .. owing to rain the match was canceled..the match which was due to start has been canceled...that&#39;s the correct usage

Player
It&#39;s nothing to do with NorS America, its the northern and southern hemispheres.

twpainting
John Moore, well then i want my point back.

ykoletty
Shower drain is too small to manifest Coriolis effect.

Char
William Laughlin, I like her word better it&#39;s what I use as well 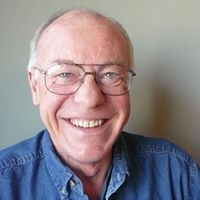 Mitch Ivey
This is an old wives tale.

Trixie - Rose
This is a myth. I live in South Africa and l&#39;ve seen water drain both clockwise and anticlockwise

timwhitestevens
Julie Allen, That is because toilet bowls have a predetermined direction as indicated by their jets, or usually straight down. If you fill a large sink, that does not have a preferential disposition, you will see a whirl pool that spins in the direction determined by the coriolis force. This is the same direction that the earth rotates; counter clockwise in the northern hemisphere, and clockwise in the southern hemisphere. (The question got the directions backwards.) Try it.

timwhitestevens
John Moore, I disagree, as long as the container does not have any predetermined shape. I have tried this by letting the water out of a large sink that was full of water. The direction of the whirlpool in the United States was counter clockwise and in Australia was clockwise. Try it. (The question got the directions backwards.)
Author:
rzkmort
Writer