What American state in 2015 had the largest state budget in the U.S.?

In California, spending increases date back to $56 billion in 1998. Currently, the large budget seeks to address existing and potential needs. California, with 12% of the U.S. population, now has one-third of the nation's welfare recipients. California has the third highest per capita spending on welfare among the states, as well as the highest spending on welfare in total dollar amounts. In prior years, California's total debt was greater than $265 billion. In June 2013, Governor Brown signed a balanced budget (no deficit) for the state, its first in decades; but, the state's debt remained at least $132 billion for a few years.

The economy of California is large enough to be comparable to that of any very large country. In 2013, the gross state product (GSP) was about $2.203 trillion, the largest in the U.S. See: https://en.wikipedia.org/wiki/California

Gery Tillmanns
That was a given. Cali is broke.

Swagger Joe
Gov. Brown took a $250million surplus and spent it down to a $250 billion deficit! The state may spend more on education than most states, but the quality of education is dismally run and theoney is wasted on Administtaion! Terrible state in every way EXCEPT weather!

Dossie M Terrell
Aced it, but California is a long way from being broke, but it does get a number of low-income and needy folks from other states.

Sandra Caulfield
Yep. and they are bankrupt, thanks to the liberal policies of the state.

Ed Taber
wexlerbob, Like you I went to school in California in the 50&#39;s. I remember taking &quot;The Constitution Test&quot; to pass 8th grade, I got 99. Now 60 % of the kids in the LA school system get &quot;Social&quot; passes. 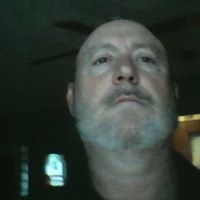 Laurie Bowman
sarahhvf, it&#39;s all in how it is used and the teachers. It also is about what the students put into learning instead of doing social media and paying more attention to their phones than their teachers.

Laurie Bowman
budderdudder, that sounds idiotic I survive to work. If it is that expensive out there move. You probably get every bit of welfare you can as well at taxpayers expense because you probably are one of those that feel entitled.. What are you doing to better yourself like going to school, getting a trade? Whining doesn&#39;t qualify as a trade!

Laurie Bowman
George Oliver Prince, the entitled state with all those celebrities that want more. They support illegals, drug addicts, criminals at the taxpayers expense.

Tom McKenna
When I lived in California it was said they we had the 7th largest economy in the world, so I cannot see another state having a larger budget.

lxixwithu
Jerry Brown makes sure that he has enough money available to import criminal illegal aliens so that they can murder American citizens.
Author:
E11-Hitman
Writer