Derived from pecorino, casu marzu goes beyond typical fermentation to a stage of decomposition, brought about by the digestive action of the larvae of the cheese fly Piophila casei. These larvae are deliberately introduced to the cheese, promoting an advanced level of fermentation and breaking down of the cheese's fats. The texture of the cheese becomes very soft, with some liquid (called làgrima, Sardinian for "teardrop") seeping out. The larvae themselves appear as translucent white worms, about 8 mm (0.3 in) long. mjvonn
Limburger was always known as the rotten cheese when I was growing up 50+ years ago, this must be wrong. Ray Metoyer
I thought it was Limburger, which I&#39;ve never eaten. Got the answer wrong, but thanks for warning me about CASU MARZU, I won&#39;t be eating or smelling that either! ;-) Cheryl Hamilton
I know anything about the other cheese. Limburger I thought was &quot;it&quot; David Holmes
I like most cheese soft and hard including some that taste better than they smell! You can can keep any maggots and grubs however.

Darlene Davidson
Thought it was Limburger.

Jacqueline Tattam
I have eaten this wonderful cheese in Italy and it was delicious. I’d far rather eat crafted artisan cheese than the plastic rubbish in supermarkets! Rebecca Ewert
Depends on where you live. We used to go to the butcher shop and get my grandpa nasty cheese and it was Limburger. 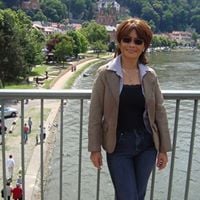 Purita Fleschhut
Richard Guyn - Only in Italy. Knowing that it contains worms, nobody from another country would buy it. Foods from Asia can&#39;t get through in EU without proper control by the gov&#39;t. Same thing with this kind of cheese, Casu Marzu. Sarah Baker
Yuck! Prefer my cheese to be pressed not liquid with maggots Liz Carret
I got it wrong. Pretty nasty explanation in Wikipedia. Yuk!!!! Bonnie Carr
Richard Guyn, because it stinks the store up...lol

Ed Taber
Kraft would wrap single slices in plastic. All seriousness aside, who was the desperate son of a gun that first tasted this stuff?