What city is known as the world's perfume capital?

Grasse is the centre of the French perfume industry and since the 18th century has been known as the world's perfume capital (la capitale mondiale des parfums). Many "noses" (or, in French, "Les nez") are trained or have spent time in Grasse to distinguish over 2,000 kinds of scents. Grasse produces over two-thirds of France's natural aromas (for perfume and for food flavourings). This industry turns over more than 600 million euros a year.

Grasse's particular microclimate encouraged the flower farming industry. It is warm and sufficiently inland to be sheltered from the sea air. There is an abundance of water, thanks to its situation in the hills and the 1860 construction of the Siagne canal for irrigation purposes. The town is 350 m (1,148.29 ft) above sea level and 20 km (12 mi) from the Coast. Jasmine, a key ingredient of many perfumes, was brought to southern France by the Moors in the 16th century. Twenty-seven tons of jasmine are now harvested in Grasse annually. There are numerous old 'parfumeries' in Grasse, such as Galimard, Molinard and Fragonard, each with tours and a museum.

Boyd Tracy
Started out saying Paris was too obvious; but France had to beat out the others so Grase was answer by default. Jenny Forbes
They grow lots of lavender in that part of France too. Delicious! 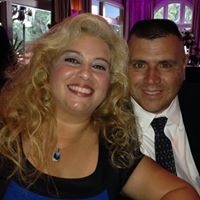 Liz
I love to wear perfume. Brian Patrick Cotter
Yes ...I had scents enough to get that one too

Howard Groopman
Tricky question with Paris in the mix. But I kind of knew it was Grasse.

Suraya Choudhury
I thought that it was Paris !

John Bateman
Take the point that calling it a city is misleading in theUK, however, in the USA there is a city with about 100 inhabitants. The cathedral thing is only the UK and that is not a given.

Peter Robertson
Been there and still missed the answer-didn&#39;t think it was anywhere near a city,more like a small town!

Joanne Serin
Been there.

Bewick Finzer
Wow ,i got the wrong answer,that stinks!

Karin Johansson
Noreen Kelly, no it is not

Karin Johansson
Marianne Hays, it saud perfume capitol. Not that it had to be a capitol of a country.