What company uses this logo?

Nike is the American athletic shoe and clothing manufacturer. Its logo is definitely one of the most famous brand logos on the planet (and, having a worth of $26 billion alone, the most profitable).

Nike logo is called swoosh. With its laconic design, the swoosh has a special meaning. Its shape depicts an arc of movement. The word 'swoosh' is onomatopoeia for the sound you'd hear as Lebron James or Michael Jordan zips past you en route to a spectacular dunk. The name of the brand comes from Greek mythology, where Nike was the Winged Goddess of Victory.

By the way, the legendary logo was created by a student of Portland State University for as little as 35$!

Rosebud Alexia
I had the same question on quizclub before

Maia
Your answer contains a wrong word in the second paragraph, &quot;laconic&quot;, which means &quot;lazy or slow moving&quot;, instead of &quot;iconic&quot;.

Vlad
Nikes uses sweat shops and secretly hates people. Why does Nike use sweatshops? As these countries&#39; economies developed, workers became more productive, wages rose, and many moved on to higher paying jobs. Throughout the 1990s, Nike was criticized for selling goods produced in sweatshops. ... Many anti-sweatshop groups were student-led, such as the United Students Against Sweatshops. Robert Farris Richey
Really easy, but to compare Jordons dunks or play in general with Lebron&#39;s is a joke. Jordon was as smooth as silk and was like a cat compared to James as a St. Bernard. Two different types of players!

kathyrobertson
They are very good shoes 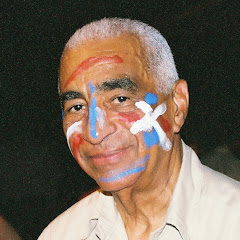