What country does chess come from?

Many countries claim to have invented the chess game in some incipient form. The most commonly held belief is that chess originated in India, where it was called Chaturanga, which appears to have been invented in the 6th century AD. Although this is commonly believed, it is thought that Persians created a more modern version of the game after the Indians. In fact, the oldest known chess pieces have been found in excavations of ancient Persian territories.

dick aspel
Do you know- of course we all knew the answer to that- but, everyone cheats to gain maximum points. So much more fun when you don&#39;t give a damn about your ranking and play for fun. Heck yeah.

William Laughlin
Why, pray tell, do you say that?

mntvoglein
The Persians beat the Indians with a 7th inning home run.

Rafi Manory
And of course, for this reason Iran was not among the answers...

Christopher J Voce
Did not know that - I didn’t hesitate to put China - live and learn ! 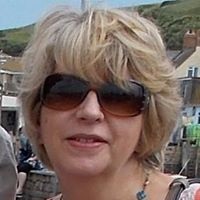 Karin Johansson
jcdangusa, no it is not China..

Karin Johansson
Beau Shilkraut, it is verifiable. More than some fairy tale Bllions believe in. Randy Fisher
Some historians said it originated in china first