What country was the first to use poison gas in World War I?

WWI was a global military conflict, and most of the European countries were involved. It resulted in 9 million fatalities. Different weapons were used in the course of this horrific war, and poison gas became one of the newest and cruelest ways of killing both military personnel and civilians. Anyway, the contribution of gas weapons to the total casualty figures was relatively minor. Even if the death from gas was always very painful and slow, the troops were specially trained to avoid such attacks and keep the damage to the minimum. The Germans became the first nation to start developing and using such weapons.

When was it used for the first time during WWI? On April 22, 1915, German forces shock Allied soldiers along the western front by firing more than 150 tons of lethal chlorine gas against two French colonial divisions at Ypres, Belgium. This was the first major gas attack by the Germans, and it devastated the Allied line. But, the Germans, perhaps as shocked as the Allies by the effects of the poison gas, failed to take full advantage of their attack. The Allies held most of their positions. rgilkison
I object - the answer listed here is absolutely incorrect. Otherwise, it is just a horribly worded question. The French were the first to fire tear-gas grenades (xylyl bromide - a poisonous organic chemical compound) against the Germans during the first month of the war, August 1914. Masaga Wolf is right.

Mark Sutter
I got it right,wars are cruel and senseless

Nole Girl
I agree the Germans invented the gas the French were the first to use, August 1914.

Masaga Wolf
The answer is questionable... I say France.

jmw
I say France. I answered a similar question with Germany. And the answer was France 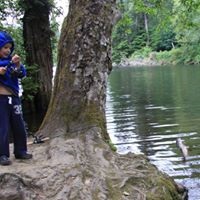 Jackie
It seems this answer may not be correct. If so this should be corrected.

andarueinarabimanyu
it is poison gas so germany

ABSOLUTE GENIUS
The Germans are so cruel

littleforest
WW I &amp; 11 were tragic times except for the technological advances made as a result of war. Not everything made back then were weapons of war. One thing we still depend on today are can goods.

Player
What country was the first to use poison gas in world war I? Germany

Graeme
I think the most lethal gas is nerve gas because you can&#39;t see it so it is invisible to the naked eye from Graeme.

Player
Wrong. The answer is France.

mike
french were the first to use gas, not lethal gas but it was gas, first question i have been inncorrectly marked wrong, i am not happy

Gavin
I went with France, thinking it would be too easy to go with Germany, but after reading everyone&#39;s comments, I think I&#39;ll have to study into it further!
Author:
E11-Hitman
Writer