What distinguishes quasi-satellites from true satellites?

A quasi-satellite is an object in a specific type of co-orbital configuration (1:1 orbital resonance) with a planet where the object stays close to that planet over many orbital periods.

A quasi-satellite's orbit around the Sun takes exactly the same time as the planet's but has a different eccentricity (usually greater). When viewed from the perspective of the planet, the quasi-satellite will appear to travel in an oblong retrograde loop around the planet. 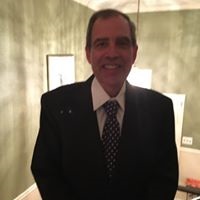 Chris Braid
Good Q and A!😀

Joseph A. Robitaille
I missed I wasn&#39;t sure.

Denise Currie
Good question and answer, I had to choose 50/50 before I could work it out. I knew they orbited the sun so managed to get it this way