What do the initials NIMBY stand for?

NIMBY (an acronym for the phrase "Not In My Back Yard"), or Nimby, is a pejorative characterization of opposition by residents to a proposed development in their local area. It often carries the connotation that such residents are only opposing the development because it is close to them, and that they would tolerate or support it if it was built further away. The residents are often called Nimbys, and their viewpoint is called Nimbyism.

The NIMBY concept may also be applied to people who advocate some proposal (e.g., budget cuts, tax increases, layoffs, immigration or energy conservation) but oppose implementing it in a way that might affect their lives or require any sacrifice on their part.

Laurie Johnson Gonzalez
I&#39;ve heard this regarding people opposed to helping the homeless. For example, a church wants to allow a tent city on their own property but the neighbors have the NIMBY attitude. Of course they are all for it if the tent city were to go up on the other side of town. Cathy Hetzel
I answered the question correctly and they said it was wrong!

Ruthy
I answered it right BUT YOU say i was wrong 🤔🤔🤔 its only a game??

kotakat
dlujanen, Happens to me frequently. Or, flat out changes my answer.

dlujanen
theres a problem i got the answer right but it says its wrong and it shows the same answer i just gave..this is wacky

belvadoyle
I answered a question right and you said I missed it wth? 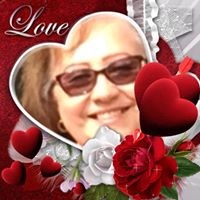 Sherryl Wells
Can’t get this to give me the next question ~ 8 correct answers so far. HELP PLEASE. jmtaylor
This trickster answers are deplorable. Some of us don’t have 20/20 vision and will easily miss something as subtle as black and back

Patty K
Never heard of it this way Bernard Andrzejewski
Sometimes I press a key that I did not intend to press....just like this time. But that&#39;s ok with me since I know in my feeble mind the right answer