What famous male TV host used his horrific experience as a parent to host a show that helps prevent what happened to him, from happening to others?

America's Most Wanted host John Walsh has been through something no parent should ever have to go through: the abduction and murder of his son. On July 27th, 1981 John and his wife Revé's six year old son Adam went missing from a Sears department store at the Hollywood Mall, which sits directly across from the Hollywood Police Station. Revé had left Adam in the toy section while she went to find a lamp. When she returned several minutes later, she discovered Adam was missing.


Sixteen days after Adam's abduction, his severed head was found in a drainage canal 120 miles away from the Walsh home. The other remains of the six year old were never found.

Nearly three decades later, on December 16th, 2008 the killer was identified by the Hollywood Police Department as notorious serial killer Ottis Toole. John Walsh had long said that he believed Toole, a drifter, to be the culprit, as investigators found a pair of green shorts and a sandal similar to what Adam was wearing inside Toole's Jacksonville home. Toole confessed to the murder twice, however both times he later recanted his confessions. Toole died in prison in 1996 while serving a life sentence; but due to evidence and circumstances surrounding the abduction and murder, the case was officially considered closed in December 2008.

Following the crime, the Walsh family became activists for missing and exploited children. Their efforts led to the creation of the Missing Children Act of 1982 and the Missing Children's Assistance Act of 1984 and many other laws and various codes being passed over the years that help protect our children and our youth. Many of which are named in honor of Adam Walsh. John Esposito
I remember that despicable murder!!! But out that that ocean of pain for the Walsh&#39;s pain a lot fo good came into being...

Margaret O&#39;Neill
Such an awful thing to happen, and t turn that experience into something that could help others, was amazing..

Lauren Therese
Albeck Wilson-Smith, the world was a different place when that happened. How sad for you that you will never know it.

Mark Ann Dubaz
I remember this horrible story well. We all prayed that Adam would be found alive. This question brings back so many sad memories of Adam’s abduction and death. I always watched John Walsh’s show.

Barbara Glasper
That is the most HORRIFIC MURDER!!!!!!! It&#39;s was bad enough that the child was murdered,but to know that my child&#39;s head was cut off and his body never found,would be too much for me to handle. I so admire John Walsh for his strength!

dsneed
tesla alset, I am sorry to hear about your son. My heart goes out to you and I honestly am feeling a little heartache for you right now. I&#39;ve gotten to like you over time. I hope you have enjoyed my kidding with you. It&#39;s all been in fun. If you ever want me to stop, just let me know.

dsneed
Details of his son I&#39;d rather not know. Horrors that my mind need not carry. I am sorry that he is burdened with those sights. I got this right so Yay me.

docluci
Unaware of this man and his story, used a hint!!!!!

goosenbuster
tesla alset, I am so sorry for your loss TESLA. You are strong person to live thru the loss of children and I admire and support you. Thank you for telling a story that has broken your heart for many years. RIP Allan I- Min Kuo, your son. Again, I am truly sorry for your loss.

goosenbuster
I live by the canal where little Adam was found. I watched my boy, same age, every second so afraid of what had happened to the Walsh family. Evil was close by. John Walsh is so strong to look out for all of us now. I will never forget Adam Walsh or his heartbroken family. Mary Jane Sanchez
I remember when that happened It had to be the most horrific tragedy for the Walsh family it was so sad I just can&#39;t understand what would make anyone so evil do that to an innocent child. Patricia A. Fritz
I’ll never understand how a so called human being can randomly kill an innocent child. Sick monsters out there. 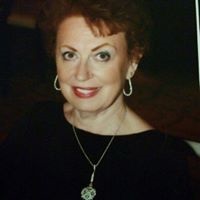 Hana Binder Gottschalk
No parents should go through something so horrific. Terribly sad. 😥 Karen Evans Wright
What happened to Adam Walsh was horrific and so sad. John Walsh does honor to his son.

Cottec
There are some monsters out there. No forgiveness.

Lynne Zeman
tesla alset, I too am very sorry to hear of your loss.

Trish Simpson
I&#39;m Australian and I knew the answer because this show has screened here and I knew about the host.

james parrillo
I thought maybe it was Phil Donahue, not knowing about his family situation, but knowing that he tries to help individuals and families. After reading the explanation, I remember seeing John Walsh at the beginning of his program. If I heard him talking about his son, I forgot that information. I am glad for the people John Walsh has helped. 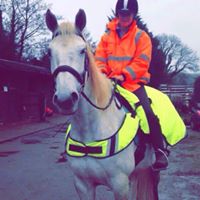