What fruit comes in Damson and Mirabelle variety?

A plum is a fruit of the subgenus Prunus of the genus Prunus The subgenus is distinguished from other subgenera (peaches, cherries, bird cherries, etc.) in the shoots having terminal bud and solitary side buds (not clustered), the flowers in groups of one to five together on short stems, and the fruit having a groove running down one side and a smooth stone (or pit).

Plums may have been one of the first fruits domesticated by humans. Three of the most abundant cultivars are not found in the wild, only around human settlements: Prunus domestica has been traced to East European and Caucasian mountains, while Prunus salicina and Prunus simonii originated in Asia. Plum remains have been found in Neolithic age archaeological sites along with olives, grapes and figs.

Plum cultivars in use today include:

The taste of the plum fruit ranges from sweet to tart; the skin itself may be particularly tart. It is juicy and can be eaten fresh or used in jam-making or other recipes. Plum juice can be fermented into plum wine. Maryann Stokes
We had a plum tree. Growing up I LOVED the spring. The tiny lil flowers AND the smell.....like a billion sweet grapes. THEN....eventually the sweetest plums.

George Oliver Prince
Like plums, so good info, and it didn&#39;t put me to sleep

Cujo
My brand of underwear told me the answer. I listen to my entire wardrobe fairly.

wandajaneburlinson
We had plum trees.

Chrissie
Very old Victoria plum tree in my garden, up to a century old; tree has lost branches and is in a very strange shape, but the plums are dee-licious!

Chrissie
Carole Anderson, I grew up with a brother in Paisley Scotland.

Donna Smith
Missed it.. but Love Fruits .They are SO HEALTHY FOR YOU

Ellen Wolf
I have searched for Damson plums, but they are very rarely available where I live (North Carolina). A Damson plum streusel cake is a wonderful thing!

jack patti go
I love, what comes from the plums! Prunes! I love prunes!

Marie Giles
Seen a commercial on that ... got it 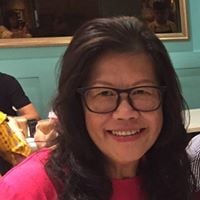 Sharon Adams
We used to have an orchard with different fruits trees. 👍

Shirley Girling
I love Plums . Had a Plum tree in the garden when I was a child,but there was no fruit on it.