What is a baby gorilla called?

Gorillas are ground-dwelling, predominantly herbivorous apes that inhabit the forests of central Africa. The eponymous genus Gorilla is divided into two species: the eastern gorillas and the western gorillas (both critically endangered), and either four or five subspecies. They are the largest living primates. The DNA of gorillas is highly similar to that of humans, from 95–99% depending on what is counted, and they are the next closest living relatives to humans after the chimpanzees and bonobos.

A baby gorilla is called an infant, just like a human newborn. When gorillas are born, they weigh about 4 1/2 pounds. They develop quickly and are walking within six months. Gorillas remain with their mothers until they are between 4 and 6 years old. Because of these dependent youngsters, females give birth only once or twice a decade. Gorillas are not fully adult until they are about 10 years old. At this age, a gorilla is ready to reproduce, so it seeks a mate. Several females and their offspring live in groups led by one protective adult male, the silverback. Gorillas have a life span of about 50 years. Lucie Choueifati
We have a new infant name Kimani

David 237
though I chose the right answer I agree Steve

fulthorpemichael
Abynum, showing your ignorance on evolution there, man is evolved from ape like creatures not apes themselves or is even too complicated for your feeble mind, obviously you would rather believe in the imaginary invisible sky daddy, that&#39;s god to you.

Jim Adams
Baby, infant whatever they both mean the same.

robert karel
Abynum, humans and kangaroos have similarities too! Wrong!

robert karel
What is a baby Porcupine called?

Monty Mathias
Abynum, your comments remind me of the old adage &quot;Don&#39;t confuse me with facts, my mind&#39;s made up.&quot;

krkyates
Infant, okay. But why the evolution comparison? I have never seen or heard of a wild APE building any conplex structure or aparatus.

Eileen Dunn
My gut said infant ,changed my mind to baby . I wish I wouldn’t do that. Elaine Donovan
I googled it and the answer was baby! Suraya Choudhury
I got it wrong !

Glenis Nichols
I hope that these wonderful creatures and many other endangered ones will be able to survive the onslaught of men.

Noreen Kelly
When Fossey would report to the media she al ways referred to the young as infants!

Laurie Bowman
scottsman, and you have how many questions posted for everyone to answer?; Chad Rackham, maybe that was the plan ya think? 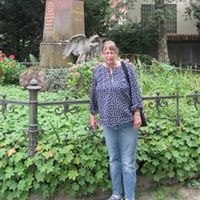