What is a glass building in which plants that need protection from cold weather are grown called?

A greenhouse (also called a glasshouse, or, if with sufficient heating, a hothouse) is a structure with walls and roof made chiefly of transparent material, such as glass, in which plants requiring regulated climatic conditions are grown. These structures range in size from small sheds to industrial-sized buildings. A miniature greenhouse is known as a cold frame. The interior of a greenhouse exposed to sunlight becomes significantly warmer than the external temperature, protecting its contents in cold weather.

The idea of growing plants in environmentally controlled areas has existed since Roman times. The Roman emperor Tiberius ate a cucumber-like vegetable daily. The Roman gardeners used artificial methods (similar to the greenhouse system) of growing to have it available for his table every day of the year. Cucumbers were planted in wheeled carts which were put in the sun daily, then taken inside to keep them warm at night. 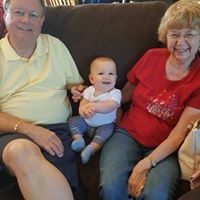 Janet Robertson Sherwood
Greenhouses do not have to be made of glass. Also, they are used to create favorable growing conditions, not necessarily just for protection from cold weather.

Johnny Rock
Thank you Lilly, for the points.

RCKCreatEnt
Cucumbers are NOT VEGETABLES! they&#39;re GOURD fruit like melons squash &amp; pumpkins! This is at least the 4th combined q&amp;a of the DUMB-namic Duo (The Lilly-PYEW-shun and brian l the Buffoon) incorrectly positing a fruit as a vegetable

RCKCreatEnt
Jeff Sobel, WOULD That she WOULD!

RCKCreatEnt
Which is not Vietnamese? A) pho; B) rau meong; C) goulash; or D) banh mi

RCKCreatEnt
What public building is a repository of books to borrow then return?

dmarkc
My grandmother used her back porch as one.

Bob Fowler
We certainly need them here in the UK .

Flavio
The name for a greenhouse in Portuguese is &#39;jardim de inverno&#39; (literally winter garden)

ToniP
I believe the photo is of Kew Gardens greenhouse in London.

Char
John W Shreve, oh I bet that is a wonderful site to see

Char
Pat Salloum, yes so act like one since we play with all ages, countries and educations not to forget globe trotters that many of us don&#39;t get to do