What is a group of rattlesnakes called?

Rattlesnakes are a group of venomous snakes of a subfamily called 'pit vipers' a group named for the small heat-sensing pit between each eye and nostril that aids in hunting. A group of rattlesnakes is called a rhumba. The scientific name 'Crotalus' is derived from Greek, meaning "castanet". The 36 known species of rattlesnakes have between 65 and 70 subspecies. Most rattlesnakes are native to the Americas, from Canada to South America.

They can usually be easily identified by their distinctive buzz or rattle, from which their name derives. They use this rattle as a signal for predators to stay away. The rattle is composed of a series of hollow, interlocked segments made of keratin, which are created by modifying the scales that cover the tip of the tail.

Rattlesnakes rarely bite unless provoked or threatened. If bitten, the first and most important thing to do is get away from the snake, as they can strike again if they feel threatened. Don’t waste time trying to catch the snake, but try to remember its size and color. This may help your medical team identify which species it was that bit you and locate the correct antivenin.

If treated promptly, the bites are seldom fatal. The venom from the majority of rattlesnake bites will damage tissue and affect your circulatory system by destroying skin tissues and blood cells and by causing you to hemorrhage internally.

Lynne Zeman
They are actually timid creatures. I live in the sw desert of AZ. They only rattle when they are afraid that your too close - you are invading their territory. We all need our comfort zones. 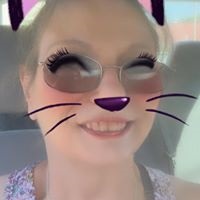 Alicia Szot
I chose the correct answer because &quot;Scary as hell&quot; wasn&#39;t an option....

Karen W
Paul R Hanna, In colder climates they will gather in groups sometimesas many as 1000 snakes and go into a state similar to hibernation It’s not a dance party. 😉

Kathryn Cavanagh
don&#39;t know about the USA, but in Australia these days we don&#39;t worry about species of snake as there is a universal antivenene, one size firs all.. About time too.. And all thanks to the CSIRO I believe..

mntvoglein
They are rattling to the create a thumbs sound.

Armadillo
filmnut, I always thought it was a bed or den.

Henry Ford 1889
All snakes are timid. You can rough up a snake as much asyou want, let itgo, leave it alone, stand still and, given half a chance they&#39;ll move away and escape. Black Mamba may be an exception

manasphal
Only unknown name for me. through species.

patrhea
Snakes are necessary to control rodents. They are not a predictors after humans.. So if you come across one, just leave .

kite005
Is Roselyn L Prollo and Tesla aslet one in the same?

Roselyn L Prollo
Rattlesnake are a group of venomous snakes of subfamily called pit,viper&#39;s a group named for the small heat- sensing pit between each eye and nostrils that aids in hunting. A group of Rattlesnake is Rhumba.

Wyla Reedy
I usually see them every year. Only once have I heard the &quot;whirling &quot; sound of one rattle.

Jaminator
You can call it a wild watusi for as long as I care about, to me it is reason to run screaming for a match and some gasoline or vehicle to make quick exit!!!

dsneed
The old &quot;Don&#39;t tread on me&quot; has always made sense and still does. It is warning. The snake does not want to be harmed. So the warning is sent out. It is not a threat. It is a plea. Yay me.

Jim Adams
We’all just call them a bunch of snakes.