What is Homer Simpson's full name?

Homer Jay Simpson is the main protagonist of the American animated television series The Simpsons as the patriarch of the eponymous family. He is voiced by Dan Castellaneta and first appeared on television, along with the rest of his family, in The Tracey Ullman Show short "Good Night" on April 19, 1987. Homer was created and designed by cartoonist Matt Groening while he was waiting in the lobby of James L. Brooks' office. Groening had been called to pitch a series of shorts based on his comic strip Life in Hell but instead decided to create a new set of characters. He named the character after his father, Homer Groening. After appearing for three seasons on The Tracey Ullman Show, the Simpson family got their own series on Fox that debuted December 17, 1989.

patrhea
I now see that the majority picked same wrong answer😁...Homer Bartholomew Simpson. That would have been a great name.

Lorna Shipton
I knew his names was Homer J Simpson and guessed that the J stood for Jay. 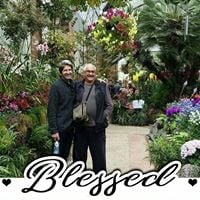 Tom Sonny Gough
I have never watched the Simpsons.

Marcella Kosse
Thanks William. I like your answer best.

Kitty White
Lucky guess. I have never watched the Simpsons.

Ian Swindale
The Simpsons are a load of c...

Larry Jones
I have never watched a single episode, so did not, will not know the answer.