Thalidomide is a sedative that was prescribed to treat insomnia & morning sickness in pregnant women from 1950's to 1960's. It is produced by a German pharmaceutical company called Grünenthal. Thalidomide caused multiple birth defects across more than 46 nations and affected well over 10,000 babies. The drug is still being produced today.

Thousands of babies were stillborn. Others were born with missing or abnormal limbs, feet or hands, often referred to as flippers. Other defects included abnormal or absent ears, heart and kidney problems, cleft palate, spinal cord defects and digestive system disorders. Many parents abandoned their newborns for fear of unknown future medical costs.

One of the most chilling aspects is the assertion that “in the immediate postwar years, a rogues’ gallery of wanted and convicted Nazis, mass murderers who had practiced their science in notorious death camps, ended up working at Grünenthal in the development of thalidomide.” One of the most reprehensible was chemist, Otto Ambros, an inventor of nerve gas, who had been convicted of mass murder at the Nuremburg trials but was subsequently freed.

The thalidomide disaster is one of the darkest episodes in pharmaceutical history. As of 2019, there are still numerous lawsuits in progress between the victims that are still alive, against the German Government & Grünenthal. The aging survivors who suffer the damages of this drug, are among some of the last victims of a Nazi war crime.

John McLardie
The last sentence is emotive and totally inaccurate. The drug was developed post WWII. Nowadays it is used to combat Hansen&#39;s Disease (leprosy) and multiple myeloma (cancer). Since it can be absorbed through the skin and, if the capsules are damaged, breathed in special care is to be taken if prescribed. It is, needless to say, forbidden for pregnant women to take it.

Diane Herbert Wall
I remember a reporter going abroad for an abortion after taking the drug. She was vilified--but she was right!!!

Susan McInnis Paradis
Thank you Call the Midwife! they covered this drug quite well!

Ian Swindale
When I lived in Jersey in the British Channel Islands there was a Cheshire Home for the seriously disabled and many Thalidomide children came and had holidays there. No-one ever complained if the flights bringing these children to Jersey took off late due to difficulties in boarding the children.

Gemma Berry
The last sentence is horribly misleading - this was not intentional attempt to damage unborn children. Thalidomide was and is still prescribed for lots of reasons without side effects. The disaster affecting mothers and children was due to a lack of drug control, without the vigorous testing of side effects we have now. Thalidomide and the awful crisis resulting from it contributed to the formation of drug policy and control we have in the UK now. The only country to avoid the crisis in the 50&#39;s and 60&#39;s was America as they refused to licence the drug for distribution due to lack of clinical evidence for its efficacy and potential side effects.

Dena Barrett
John McLardie, that is not true. It was actually prescribed to pregnant women who suffered from severe morning sickness and nausea. My mother was prescribed this drug while she was pregnant with me. She took one dose and decided against taking any more. I was born with digestive issues that almost cost me my life. I was also born without a left hip socket that, although corrected when I was an infant, still impacts the way I walk today.

klmilles
larrywagner, This drug has use in cancer therapy and other medical treatments, but obviously not for women who might be pregnant.

Larry Jones
Gemma Berry, The US didn&#39;t avoid the side effects of thalidomide. Growing up, I knew a boy who had no limbs. His father had rigged a mouth operated wheelchair for him. This was before such wheelchairs were fairly common. They are both deceased by many years.

Coral Harvey
Used initially to treat leprosy or Hansen&#39;s disease. Not sure about the allegations of Nazi influence. I think the prescribing of certain drugs to treat morning sickness has been tightened up a lot since then with new licencing laws . 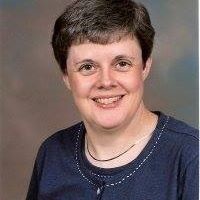 Dale Meyer
Thalidomide wasn&#39;t discovered until 1959. It was never prescribed in the US but was prescribed in Europe and Canada. Some American women did use it, but they were either unknowingly part of a clinical study or they went to Canada to get the drug. Today, in additions to the conditions mentioned by John McLardie, it is used to treat nausea in AIDS patients. 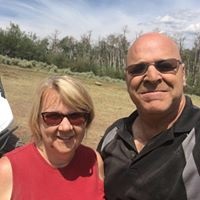 Karen Wydeven
I remember being asked if my mother took thalidomide when I was a young adult. Apparently, there was some thought that it could affect a woman&#39;s ability to have children if her mother took it.

matthew rosa
Who Was It In Your Production Staff To Insert Nazi &quot;Iconography&quot; As Part Of Your Question?!-The Thalidomide Disaster Occurred In Germany But In The Mid-1950&#39;s! tkwanless
This may be correct, but it is still used today to treat cancer, and other conditions. Bernard Andrzejewski
Why did I press the wrong answer when I am familiar with drugs effect on pregnant women, and a Canadian doctor working in the States who. banned its use despite death threats and politicsal pressure that she endured. It&#39;s my old age ...I guess Rebecca Neese
Norma Brazle Watts Leighton, my heart goes out to you and your precious lost daughter. Blessings.

Anne Roberts
At that time I was a student nurse I New the drug thalidomide was manufactured in Germany and babies were born with deformities. worldwide.However the equivalent-drug used for pregnant women who were suffering from extreme nausea here in Britain I can’t remember the name of the drug but there were no side effects only women who had been prescribed the German produced drug .

tinaloflin
That&#39;s tragic, and hurts to remember. I didn&#39;t know that lawsuits are still ongoing. I am surprised the drug is still available. Why? Charlie Dunifer
A condition called &quot;phocomelia&quot; ensued on babies whose mothers took thalidomide when pregnant. These babies had adnornal limbs. I&#39;ve witnessesd one of these babies !