What is the age limit for the athletes participating in the Youth Olympic Games?

The Youth Olympic Games (YOG) is an international multi-sport event for athletes between 14 and 18 years old, organized by the International Olympic Committee.

The games are held every four years in staggered summer and winter events consistent with the current Olympic Games format, though in reverse order with Winter Games held in leap years instead of Summer Games. The first summer version was held in Singapore from 14 to 26 August 2010 while the first winter version was held in Innsbruck, Austria from 13 to 22 January 2012.

The idea of such an event was introduced by Johann Rosenzopf from Austria in 1998. On 6 July 2007, International Olympic Committee (IOC) members at the 119th IOC session in Guatemala City approved the creation of a youth version of the Olympic Games, with the intention of sharing the costs of hosting the event between the IOC and the host city, whereas the travelling costs of athletes and coaches were to be paid by the IOC.

Karin Johansson
Claudia Heilke, No it is 14! Stop being toddlers!

Karin Johansson
Al Breyette, this answer is correct! You are wrong!

Alicia Szot
Chris Braid, I though younger since they can be in the Olympics at 16.

Al Breyette
Is it me or is there a big increase in questions here with wrong answers listed and you have to go with the closest one available and also incorrectly worded questions? 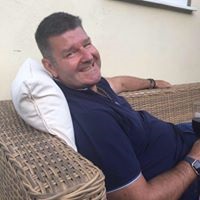 skrueger
Claudia Heilke, You can actually be 14 when you compete. You do have to turn 15 before the end of the year in which the competition is held.

Johnny Rock
There were some 15 yr. old gold medal winners in this years Olympics. I guess it&#39;s just like Junior Varsity in high school. If you&#39;re good enough you can just leap over and go right into Varsity, as many great athletes are.

Claudia Heilke
14 is incorrect. Must be 15-18.
Author:
Lilly Nicolson
Writer