What is the capital of Arizona?

Phoenix was first settled as an agricultural community in 1867. The settlement was incorporated as a city in 1881. Despite the subtropical desert climate of the city, many crops are grown here. Alfalfa, cotton, citrus, and hay have been an important part of the Phoenix economy for many years now.

Tourists have a lot of opportunities to have fun and just a good time in Phoenix. More than 62,000 guest rooms at more than 450 hotels are located here. Over 16 million people visit the state capital each year. Phoenix has tens of wonderful museums of all kinds, the architecture of the city is amazing, as well as its wonderful landscapes. 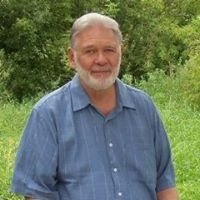 alanhall
Good thing I got this correct, since I live here. andre wiggins
The state captials was one of the first things drilled into your head right after your name.

Shirley Davis
in the late 60.s i stayed in a hotel in pheniox they say u dont need a ac but liked to burn up that nite.i cant believe they send asthmatics to that place. George Thompson
miserable place to live. I guess over million is trapped there and cant leave Janzer
alanhall, me Too ‼️ Carolyn Frederick
I lived in the Phoenix Valley for 20 years and rode my Bicycle to work most days., it is not near as bad as everyone says. EVERYTHING is Air condition!

Sindy Kimmis Farris
The city of my birth!

Elsy O. Stromberg
Eric Smith: Not in the Summer!

Lynne Zeman
Beautiful, amazing, multicultural city. Love it. Others do too so it is getting too big.

Chrissy Krainock Luders
Ken Walkley, Phoenix is about 2-3 hours drive south of the Rockies, Colorado Plateau and about 4 hours to the Grand Canyon. UofA and ASU are the big rivalry still. Frank Kush was an amazing coach!

Chrissy Krainock Luders
Tom Seigo, you should be “snowbirds” and commute in the winter.

Marcella Kosse
Got it. I believe there were at least two prior Phoenix.
Author:
Troian
Writer