What is the capital of Indian Punjab?

Punjab is a state in North India, forming part of the larger Punjab region. The state is bordered by the Indian states of Jammu and Kashmir to the north, Himachal Pradesh to the east, Haryana to the south and southeast, Rajasthan to the southwest, and the Pakistani province of Punjab to the west. The state capital is located in Chandigarh, a Union Territory and also the capital of the neighbouring state of Haryana.

Richard D. Boyle
The question used “Indian Punjab” for a good reason since Pakistan also has a Punjab since the 1947 partition of India by the British. 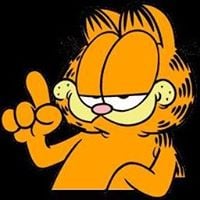 Kanwaljit Kaur
Jacky Pierce Friedman, sorry but Punjab was divided into two when Hindustan was divided into India and Pakistan (1947), so both countries have a Punjab and the question very clearly states In India Punjab for this very reason. you can check up the fact

Jacky Pierce Friedman
Hate to tell them but Punjab is Not in India. It&#39;s in Pakistan near the Afghanistan border. I know this I was married to a man from Punjab from 1995-2000. His family was still there then. He showed me on a map exactly where it&#39;s at and where his family is. Andrew Bencomo
Missed it by that much!!

Rob Farr
A good geography-based trivia question and explanation … some great cricket has been played there.

Cari G.
Had staff in India, one young lady was from there.

Nanette Lejeune
Wow could have saved my clue!!!!!!!

Humberto Carrasco
Got it right.!