What is the currency of Denmark?

The krone is the official currency of Denmark as well as the provinces of Greenland and the Faroe Islands. The krone subdivides into 100 øre and is currently pegged to the euro. The local currency is denoted as "kr", as in kr100, meaning 100 kroner (plural).

First introduced in 1619, the Danish krone was minted in honor of and by the Danish crown, as "crown" is the literal translation of krone. At this time, Denmark replaced the former Danish rigsdaler with the Danish krone as its official currency and tied the krone to the gold standard.

As modern international trade grew, the demand for a paper currency grew. Denmark created the second Danish krone as part of the dissolution of the country's participation in the Scandinavian Monetary Union with Sweden and Norway. The union dissolved in 1914, and the three participating countries chose to keep their currencies. The krone was pegged to the German Reichsmark mark briefly, then to the British pound, and later to the German Deutschmark. fdeisner
rajeshamrita when I read the choices I thought this was a lily question seriously disappointed as this means we have another clown. Which countries use the currency of Mercury, Central Park or Bristol? You could have used real currencies as the alternate choices.

Wendy Petty
Plummeting to new depths of ridiculous but only 50% of people downvote it. Sad

fdeisner
I have reported this question as only one choice is an actual currency. Hopefully other people will follow

Karin Johansson
Those options was ridiculous.

Denise Currie
What the heck were those options????

Jerry Edwards
I left a message yesterday when asked this question, with a comment from fdeisner. TWO DAYS ON THE TROT!!! Quite poor that should happen if you ask me.

Jerry Edwards
fdeisner, I left a message yesterday when asked this question. TWO DAYS ON THE TROT!!!

Christopher Stoeckel
Mark Wheeless, no one ever expects the Monty Python reference 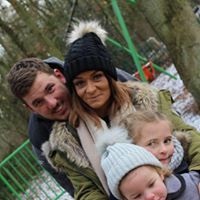 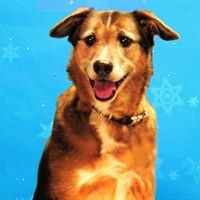 Warren Trimble
They should have included the Euro

Joyce Greenlees
Absolutely pathetic choices of answers! Only one was currency. The depths to which this quiz has fallen beggars belief!

Denise Currie
fdeisner, I have.

Karin Johansson
Wendy Petty, not even that. Only 42 % now.
Author:
rajeshamrita
Writer