What is the main practiced religion in Canada?

Religion in Canada encompasses a wide range of groups and beliefs. Christianity is the largest religion in Canada, with Roman Catholics having the most adherents. Christians, representing 67.2% of the population in 2011, are followed by people having no religion with 23.9% of the total population. Other faiths include Islam (3.2%), Hindus (1.5%), Sikhs (1.4%), Buddhists (1.1%), and Jews (1.0%).

However, Canada has no official religion, and support for religious pluralism and freedom of religion is an important part of Canada's political culture.

Before the European colonization, a wide diversity of Aboriginal religions and belief systems were largely animistic or shamanistic, including an intense tribal reverence for spirits and nature.

Fred Keogh
I don&#39;t enjoy these quizzes anymore. When I first started there was a challenge, the questions, though tough, were fair and tested the depth of your &#39;general knowledge&#39;. Occasionally there are still some of those getting through, but not enough. I&#39;m not naming names, all you genuine quizzers know who are responsible. I will carry on, as it has become part of my morning routine since retirement, hoping that soon the questions revert to how they were a few years ago. This is just my opinion obviously. 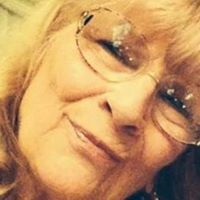 janisamiles
I completely agree with you. Bit of a shame really.

Kareem Kamal
Not enough clear guidance from admin like 5 years ago. Most Q&amp;As are copied from the reference then pasted into the narrative. Therefore it is included twice. It wastes our time and the writer should be compelled to contribute what they have found out in their research. More summary, less short story. Eliminate the urge to request &quot;expand&quot;. Instead, just read the reference for more info. The reference is for extra reading but also corroboration on the facts. Something else too. Some writers enjoy tricking members. This insidious writing of Q&amp;As is not fair. Cunning or surreptitious Q&amp;As examples are those who write &#39;who didn&#39;t/what didn&#39;t happen Qs. In summary, the club rules are not succinct enough. Anything goes to raise revenue.

Jerry Edwards
Helga U. Williams, At least try once or twice to compose questions. Believe it or not, it is very satisfying &#39;IF&#39; your attempts gets through the grammar police! It&#39;ll also give you more satisfaction when criticising lame efforts by QC Admin, like this one!

anneli
Fred Keogh, I agree with you and Jerry Edwards, it is so sad that this site gone down so badly. Does anyone better sites.

Kitty White
I have recently found another trivia quiz. It is triviaboss. I liked it but it is too long for me. I have only been able to get through it once. It is 100 questions on a certain topic.

Jerry Edwards
Fred Keogh, An opinion that I reflect entirely!

Helga U. Williams
I guess the narrative that the authors write are always educational. I just wish some of the questions would be more challenging! But, again, I am not daring to be.an author, so I really can&#39;t complain

Cheryl Love
Although the wording on that and the original question is terrible.

Cheryl Love
A much better question, Lily, would have been ‘what is the second main practiced religion in Canada’, that would have required some thought. Sigh…….

David Hunt
Cut and paste answers! Please use English which is understandable!!

Anita Clark Morton
Had to be a Lilly question. Another NO-BRAINER !!

Nicky
Nice one Lily, could only be a Lily question

Nancy Chisholm
I love the fact that our next largest religion is none!
Author:
Lilly Nicolson
Writer