What is the name of the space probe in the picture?

Voyager 1 is a space probe launched by NASA (National Aeronautics and Space Administration) on September 5, 1977, as part of the Voyager program to study the outer Solar System and interstellar space beyond the Sun's heliosphere. Launched 16 days after its twin, Voyager 2, Voyager 1 has been operating for 44 years, 3 months and 24 days as of December 29, 2021.

Voyager 1 still communicates with the Deep Space Network to receive routine commands and to transmit data to Earth. Real-time distance and velocity data is provided by NASA and JPL (Jet Propulsion Laboratory). At a distance of 155.5 AU (23.262 billion km; 14.455 billion mi) from Earth as of November 28, 2021, it is the most distant artificial object from Earth.

As further testament to the robustness of Voyager 1, the Voyager team tested the spacecraft's trajectory correction maneuver (TCM) thrusters in late 2017 (the first time these thrusters had been fired since 1980), a project enabling the mission to be extended by two to three years. Voyager 1's extended mission is expected to continue until about 2025.

Ken Putnam
VGer With a nod to Star Trek

catmom
I also went with Voyager 1 for the same reason that barrattjohn did. I love star Trek, especially the original. I was lucky enough to see Mr. William Shatner @ Universtity back in the day, (he still looks great &amp; he doesn&#39;t look his age @ all) &amp; I think it&#39;s great that he went to space. I also saw Mr. George Takei @ a Star Trek convention a long time ago. I lived seeing both. 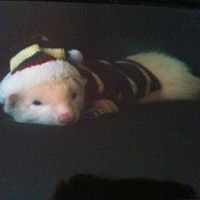 Chris Braid
Remember that from the first Star Trek film!😁