What is the plural of Ox?

"Oxen" is one of only three commonly used English words to still use the "-en" plural. The others are "children" and "brethren" (fellow Christians or members of a male religious order, though the modern form "brothers" is used for biological brothers).

An ox, also known as a bullock in Australia and India, is a bovine trained as a draft animal. Oxen are commonly castrated adult male cattle; castration makes the animals easier to control. Cows (adult females) or bulls (intact males) may also be used in some areas.

Oxen are used for plowing, for transport (pulling carts, hauling wagons and even riding), for threshing grain by trampling, and for powering machines that grind grain or supply irrigation among other purposes. Oxen may be also used to skid logs in forests, particularly in low-impact, select-cut logging. 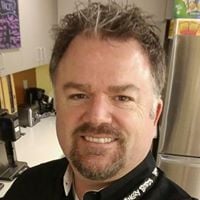 Scott Sumone
that&#39;s one I learned over 50 years ago and never had any need for until now....

DannyBoy
Too easy, got it. Quiz Taker
Can they make these questions more difficult....please!? 😞 ddahlke
Loved the boxes answer. Got my Granddaughteron that one.

tinaloflin
twohowlingdogs, you&#39;re funny!! Thank you for the first laugh of my day!!

B Black
Too obvious

Michael O
DannyBoy, reminds me something I learned in first grade. I can&#39;t believe the idiocy of some writers.

franwill
Remember this from years ago.

Pokemom aka Kathy
Cottec, Because he enjoys joking? What are you, an ole stick in the mud? Lighten up! Geesh! Ola Purvis
Got it wasn’t a problem

alexamila
Hit answer oxen several times nothing happened,then oxes came up and I was wrong. It is very evident the answer is oxen!!!