What is the profession of the man in the picture?

Alan Wray Tudyk born March 16, 1971 is an American actor. He is known for his roles as Tucker McGee in "Tucker & Dale vs. Evil", Hoban "Wash" Washburne in the space Western series "Firefly" and the film "Serenity", and Steve the Pirate in "Dodgeball: A True Underdog Story". He has also had starring roles in the films "I, Robot", "A Knight's Tale", "Transformers: Dark of the Moon", "42", "Maze Runner: The Scorch Trials", and "Rogue One". He performed the voice of King Candy in 2012's "Wreck-It Ralph", for which he won an Annie Award, and has done voices for every Walt Disney Animation Studios film since.

Tudyk was born on March 16, 1971, in El Paso, Texas, the son of Betty Loyce and Timothy Nicholas Tudyk. He has Polish as well as German, French and English ancestry. Tudyk was raised in Plano, Texas, a suburb of Dallas, where he attended Plano Senior High School. He had a brief experience as a stand-up comic before quitting after an angry audience member threatened to kill him. Tudyk studied drama at the Methodist-affiliated Lon Morris College in Jacksonville, Texas, where he won the Academic Excellence award for drama.

Tudyk entered Juilliard but left in 1996 before earning a degree.Tudyk appeared on the sitcom "Suburgatory" (2011–14) and has had guest roles on many other series.

As of 2021 he has played the lead role of Dr. Harry Vanderspeigle, in the Syfy series "Resident Alien" Louise C.
Love this actor, he was so good in Firefly and the accent that he had in The Transformer movie that he was in, was amazing.

Nancy Chisholm
Alan Tudyk has a great range, great comedic timing and yet can also pull off dramatic roles as well.

Howard Groopman
No clue who this was, but chose actor. And what is a &quot;New&#39;s&quot; anchor?

Mark Gavin
&quot;New&#39;s&quot; Anchor? Whoever RCW is, s/he mustn&#39;t watch a lot of current affairs or s/he would know how to spell &quot;News&quot;!

James Webb
Has ancestry of every European country , a typical American.

Lora Austin
He is absolutely hilarious in Resident Alien

Linda Stegall
Since most of the people that are chosen for these questions are actors that&#39;s what I answered even though I had zero idea of who he was. Phillip Stanley
Had no idea, but went with actor because, well just because!

tdelisi
Love him in Resident Alien and remember him from Firefly.

jmurphygloss
RCW - new&#39;s anchor? It is not possessive, the word is news....where were the people looking at these - just that little detail glide on through. 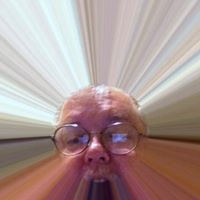 Sam Blackwell
He flies like a leaf on the wind!
Author:
RCW
Writer