What is the third official language in New Zealand?

English is the most popular language spoken in New Zealand. However, people have the right to speak Māori and New Zealand Sign Language in any legal proceedings.

Approximately 25,000 people can use Sign Language on a daily basis, and is the main language for the New Zealand Deaf Community, which was created by the deaf people, for the deaf people and has signs for both English and Māori words. The purpose of making Sign Language an official language was to ensure the deaf community had the same access to government information and services as everybody else.

Denise Currie
Should be compulsory in all schools

Cari G.
I learned &#39;sign exact&#39; when my Father became deaf. I learned alot about the deaf community and some of the difficulties they face on a daily basis.

Sandie de Rougemont
NZ always seem to have their act together 👍

Darlene Davidson
When I watch news that comes out of New Zealand, there is always a person speaking in Sign Language. 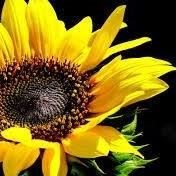 Sally Rule
I live in NZ and have learnt sign language Alec McCracken
Not really a language as such, even though it&#39;s a way of communication for the hearing impaired.

Irene Townsend
Once children can learn another language at a young age, generally it makes it so much easier to learn other languages when older age

Kath Thomson
Bruce Means, you obviously have no idea of the history of colonial NZ. The colonials forced their culture on the Māori and banned Māori children speaking their own language at school thus resulting in a generation of Māori not being taught Māori by their parents. The standardisation of the language was done so that a common language could be taught and Māori be preserved. Many more Māori, and non-Māori speak the language now - the dialectical differences can be added once the standardised language is learnt. Māori are not trying to force their culture on us Pākehā, they are trying to regain their rights under the Treaty of Waitangi. I personally think that sign language and Māori should be taught in primary school. Learning another language is great for the brain and for getting to understand another culture. Dean Sole
Bronni, there was a 2018 bill to make English an official language in NZ but it has not been passed. Only Maori and NZ Sign Language are official.

Le Roy
Irka Venus Pietlicki I, They have free videos on the net to learn it.

Le Roy
bleonard, Every country should push for sign language, but each country has their own language in sign. For instance ASL is different than Mexican Sign language, but that one ie easy to learn.

Le Roy
Denise Currie, I wish The U.S would do something like this althought there are a lot of interpreters translating in courts, etc. It is more prevalent today than it was years ago. I have some of the best friends as deaf people.

Le Roy
Cari G., My wife and I have taken classes for ASL and we both love Sign language. I wish I knew more, but I can sign some Christian songs in ASL(American Sign Language. What a lot of people do not know or understand is that ASL is not universal. For instance Mexico has their own Spanish sign language. We sign Christ from our left shoulder down to our right with the letter C whereas They sign Cristo with a C going from their head upwords(because He is the head.

bleonard
Sign language should be the Universal one. That should make every nation&#39;s people talk to each other more.

coralnavon
What an extremely positive system of support and equality.

bruff
I have a cousin who lives in NZ. Learned this from her