Stingrays are a group of sea rays, which are cartilaginous fish related to sharks. Many species are endangered. They are classified in the suborder 'Myliobatoidei' of the order 'Myliobatiformes' and consist of eight families.

Stingrays are common in coastal tropical and subtropical marine waters throughout the world. Some species are found in warmer temperate oceans, and others are found in the deep ocean.

The river stingrays, and a number of whiptail stingrays (such as the Niger stingray), are restricted to freshwater.

There are about 220 known stingray species organized into ten families and 29 genera. Stingray species are progressively becoming threatened or vulnerable to extinction, particularly as the consequence of unregulated fishing.

Stingrays are not usually aggressive and attack humans only when provoked, as when a ray is accidentally stepped on. Contact with the stinger causes local trauma (from the cut itself), pain, swelling, muscle cramps from the venom, and later may result in infection from bacteria or fungi.

Kareem Kamal
Two options are correct. A skate is a Stingray.

Alan Smith
How are you to Know if you Can,t see the Tail

john duckett
&quot;The major difference between rays and skates is in their reproductive strategies. ... Most rays are kite-shaped with whip-like tails possessing one or two stinging spines while skates have fleshier tails and lack spines.&quot; So the picture shown is probably that of a Skate, which is also a stingray. So bad options. Deborah Koreneff
It&#39;s a skate, not a stingray. There are anatomical difference between the two. I spent 18 years volunteering in an aquarium and I know the difference.

Pat Wells
Beautiful species. Hate to see them as a plate of food :( Robert Cross
The creature in the picture is a clear nosed skate! 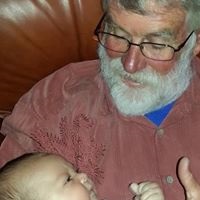 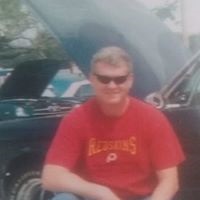 klmilles
Cari G., Mantas can get very large. They are filter feeders with their mouths directly at the front of their heads. Most distinctly, they have horn-shaped cephalic fins on either side of their mouths. They are really beautiful animals and sometimes breech for no known reason.

Cheryl Perkins
It is a skate in the picture I&#39;m sure.

Lauri Kauppinen
A case of 2 correct options and get it wrong because option 1 was wrong ,boo

Tommy Hutchinson
i&#39;ve caught skate and that is a skate

Jerry Edwards
Cari G., I believe the stingray is much smaller.

Jerry Edwards
Alan Smith, look at the ray lying down in the back of the picture. They both &#39;look&#39; smaller than a manta ray in my guess.
Author:
ALPHA
Writer