Vanadium is a chemical element with the symbol V and atomic number 23. It is a hard, silvery-grey, malleable transition metal. The elemental metal is rarely found in nature, but once isolated artificially, the formation of an oxide layer (passivation) somewhat stabilizes the free metal against further oxidation.

Vanadium occurs naturally in about 65 minerals and in fossil fuel deposits. It is produced in China and Russia from steel smelter slag. Other countries produce it either from magnetite directly, flue dust of heavy oil, or as a byproduct of uranium mining. It is mainly used to produce specialty steel alloys such as high-speed tool steels. The most important industrial vanadium compound, vanadium pentoxide, is used as a catalyst for the production of sulfuric acid. The vanadium redox battery for energy storage may be an important application in the future.

Large amounts of vanadium ions are found in a few organisms, possibly as a toxin. The oxide and some other salts of vanadium have moderate toxicity. Particularly in the ocean, vanadium is used by some life forms as an active center of enzymes, such as the vanadium bromoperoxidase of some ocean algae.

Laura Lunardini Wilson
WOW 🤩 Just got over my 50,000 stars earned!

Chrissie
Fred Keogh, perhaps a premium medium, receiving an encomium whilst working in the atrium of a condominium or planetarium, using opium for pain in the cranium; or buying a geranium (pelargonium), nasturtium and delphinium in an emporium to take to a sanatorium to help restore the equilibrium of someone suffering the pandemonium of a bacterium such as clostridium leading to the odium of the crematorium? 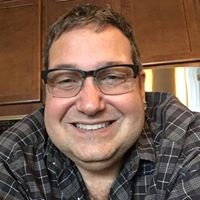 Kareem Kamal
The photo has nothing to do with the question.

Fred Keogh
What else could an IUM be?