What major war included the Battle of the Bulge?

The Battle of the Bulge, which occurred from December 1944 until January 1945, was a major German offensive campaign launched through the densely forested Ardennes region of Wallonia in Belgium, France, and Luxembourg on the Western Front at the end of World War II in Europe. The surprise attack caught the Allied forces completely off guard. United States forces bore the brunt of the attack and incurred their highest casualties for any operation during the war. Germany's armored forces on the Western Front became severely depleted, and Germany was largely unable to replace them. German personnel and aircraft in the concluding stages of the engagement also sustained heavy losses.

The phrase "Battle of the Bulge" was coined by the contemporary press covering World War II to describe the way the Allied front line bulged inward on wartime news maps. And so, the name became the most widely used to refer to the battle.

joneal
Very easy answer if your age 60+. Like several other that have commented below, my Father, John Astor O&#39;Neal, was captured on first night of battle, December 16th, 1944 and was liberated in early April, 1945, at that time just a &quot;shell of a man-less than 100 lbs&quot;. He contracted tuberculosis and past 10 years later when I was a small baby. Very sad I didn&#39;t have the chance to know one of the great people who was from the &quot;greatest generation&quot; with only thousands remaining to tell the story of this disastrous war. This generation of men/women endured the truly &quot;great depression&quot; and WWII and understood what &quot;sacrifice&quot; meant . Let those of us that had or has a relative from that generation spend what quality time these people have left listening to their stories. 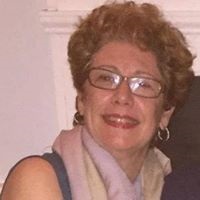 Caryn Gale
My uncle died in the Battle of the Bulge. He&#39;s buried in a cemetery in Belgium.

mlhoover
The miserable freezing cold, the weather, the forest, the German guns, the lack of logistics and planning. I salute the men who were there.

BPlunkettTurner
Caryn Gale, Thank you for his service. RIP DADDY, SEMPER FI, KOREA, L.Cpl. Expert Rifleman - RIP to our 2 on the Viet Nam Wall, Kennedy and Plunkett and our 2 at the USS Arizona - the Murdock brothers. PLUS our other over 1,000 military Veterans, Granddaddy Plunkett -WW1 who fought the Germans on their soil, Daddy&#39;s older brother Joe. C. Plunkett, Jr., 1Lt. U.S. Army, lost his best friend and over 1/2 his btn. at Normandy, Omaha and Italy; 56 who served in WWII, 14 of those served their entire tours in Europe during the war; a 19 year old co-pilot shot down with his crew over Germany, imprisoned at the infamous Stalag Luft 3 made famous by the movie &quot;The Great Escape&quot; plus my mother&#39;s cousin Gloria, a Rosey the Riveter Supv.; also our 25 Plunketts who fought suffered and some died in the Amer. Rev. War plus our over 160 from 9 yes NINE states who fought, suffered - many from disease - and many imprisoned in the UN-Civil War and we provided provender to the troops. Also thanks to my 1st husband who served in the Viet Nam war as a Photo Journalist. 6 Uncles who served in the WWII in all theaters. RIP to all of them and those still with us. Salute! Note: I also served as a Volunteer in the Civil Air Patrol &#39;77- &#39;79. dmc
My Grandfather killed and buried in Belgium but not the 2nd WW. He was killed in the War to end all Wars,WW 1. He Volunteered age 37 in Aug. 1917 and was Killed Oct. 31, 2017. He was an Ambulance Driver. My mother was 11 yrs old when he left England to go to France. She remember that day like it was etched on her brain. She had 3 sisters she told e before she died at 95 yrs. that she had never forgotten him and we must never forget him either. We pass the story on...

Armadillo
Got this one, option number two.

Jon Woolery
My dad was there in Bastogne, at the time.

smoothfamily
My grandfather fought in the Battle of the Bulge with Patton- he is a considered a legend around our hometown for his service and accommodations! God Bless all of those who serve at home and abroad!

jmfoster
My uncle died in The Battle of the Bulge. RIP James Hammond.

Weaver Cynthia
Photo accompaniment gave it away for me.

Don Racette
Kay Eicher You gave me your answer so I missed it too.

Annie
My uncle was killed in the Ardennes during the Battle of the Bulge.