Lee-Jackson Day honors Confederate leaders Robert Edward Lee (1807-1870) and Thomas “Stonewall” Jackson (1824-1863). General Lee led the military and naval forces during the Civil War until he surrendered to General Ulysses Grant in 1865, which marked the end of the war. Thomas Jackson's greatest victory was when he led his troops around the Union right flank at Chancellorsville to route the 11th Corps. However, he was wounded and died eight days later on May 10, 1863.

It is annually celebrated on the Friday before Martin Luther King Day. It is part of a four-day weekend for many people in Virginia, as the following Monday is Martin Luther King Day. The long weekend gives people the chance to catch up with family and friends, go on short breaks, or rest and unwind from work or studies. The day’s theme is a controversial topic of debate among some groups.

Larry Jones
I am a Southerner and a direct descendant of a Confederate soldier. I am beyond thankful the Union won the Civil War. That being said, both Jackson and Lee were men of honor, as anyone who bothers to do anything beyond cursory research on them will learn. However, I don&#39;t believe a holiday honoring them is warranted.

scottlarock
military people love those two (I am one)...but slavery was wrong and all men (and women) are created equal...

Corey Taylor
Larry Jones, It&#39;s still part of our History, particularly in the State of Virginia. Frankly, I think we should get a day off in September to commemorate our Victory at Yorktown, the battle that effectively won the American Revolution!

Howard Groopman
A choice of 4 southern states would have made this much tougher.

Ralph A. Caya
Why would we celebrate people that fought for slavery. Europe don’t celebrate Hitler.

Tom Seigo
mario , Will you and your ilk ever stop your rantings and just enjoy a bit of American history? 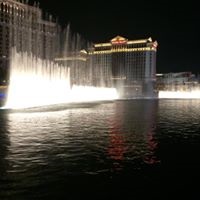 Antonio Diaz
Not if you’re a black American!Ronald Heisler, Deirdre Doyle
This “celebration” was discontinued last year, and replaced as a holiday with Election Day in Virginia.

Jeremy Pohlman
This is no longer celebrated in Virginia Mary Caypless Christman
They just took down a Stonewall Jackson statue yesterday. I live in Lee County, FL and a statue of Robert E. Lee was also taken down 🤬

Gerald
I believe it was in 1959 that Congress passed a bill declaring Veterans from both sides of the Civil War Veterans of the United States and that all monuments, statues, and graves are to be honored as such.

biljines
littledick, Maryland would have seceded but there were cannons facing Baltimore, not the harbor. They were, like Kentucky, prevented physically, early on, from being in the CSA. They did what they deemed their next best option, neutrality. I too, disavow slavery, but that isn&#39;t the big issue, only the war-cry pretense. A peaceful settlement could have been achieved (a hell of a lot cheaper) if the war-mongering arms dealers, etc. would have done as the TVA did --- Purchase the property at a fair price under eminent domain rights. Then the government could abolish all ties to slavery and release their &quot;property&quot;. Nobody would have died needlessly. Plantations would not have been destroyed and later stolen by thieving opportunists labeled &quot;carpetbaggers&quot; who were allowed to essentially rape the losing side. The worst part of the Civil War Era was not just the carnage of the war itself, but the 8 years of the so-called reconstruction in the aftermath. Europe had been a witness to the Civil War and the Reconstruction Farce. Europe learned nothing from the reconstruction because their punishment of Germany after WWI was so harsh, cruel, and inhumane that Hitler was able to unite Germans in a revenge scheme which gave us WWII. After the allies again won the world war, Churchill, Roosevelt, Truman, and Eisenhower knew their history and they strove not to repeat it. Stalin was Stalin... look what it got him.

Andre White
Larry Jones, thank you for your honesty.

Ellen Wolf
Hehe, I figured. Lived in NC for 40+ years and understand a little bit of the South.

littledick
Easy question since both of these dudes hailed from Virginia. Maryland was a slave state, but did not secede. It&#39;s south of the Mason-Dixon line, but so is our nation&#39;s capital. Living there for 3 years I, indeed, noticed the &quot;southern&quot; attitudes.

Effren Hernandez
Larry Jones, Ok, and I assume that is that?

Boyd Tracy
Given the two named individuals I figured it could not be Penn or Nebr. Virginia was the obvious answer but I have come up short on some Civil War ---Confederacy questions since Maryland seems to be one of those states that sort of straddled the issues. In the end went with the gut and Virginia. Carolyn Frederick
Isn&#39;t Virginia the only choice that was in the south?
Author:
cuevasmy
Writer