What Third-Party candidate in 1992 won 18.9% of the popular vote for President of the US?

Henry Ross Perot (born June 27, 1930 in Texarkana, Texas), referred to as Ross Perot, is an American businessman best known for being the independent party presidential candidate in 1992.

With an estimated net worth of about $4.1 billion in 2015, he is ranked by Forbes as the 129th-richest person in the United States.

missiej
I remember an article in Little Rock in 1997 that made the connection between Perot and Clinton. Unfortunately, the reporter &#39;clintoned&#39; himself and the sycophant press never picked up the story.

Don Racette
Kay Eicher And again you wouldn&#39;t tell me the answer.

Todd Van Dell
As of 2019, Ross Perot is deceased. Yet another question that has not aged well. 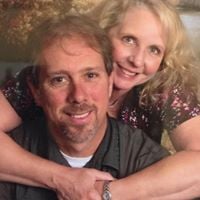 thevoyers
Christopher John Goddard, I&#39;d say the latest is the exception of the rule! As he breaks all records of prosperous gains, along with huge reductions in joblessness and unemployment!

thevoyers
R. I. P. R. Perot! I and my entire family listened to all your campaign speeches during and leading up to the 82 elections, we had similar ideas and ideals, we believed you were sincere and truthful with deep knowledge of what you exposed. So when the time came yes we voted for you in the fervent hope of you beating that dam carpetbagger shirt chasing POS we all suspected, that turned out, unfortunately, to be true! So I&#39;ve regretted to this day you lost to that awful patriarch clinton! But not as deeply I regret as my spoiler vote resulted in what was my second choice to loose to that womanizing POS clinton!

Darlene Yarbrough
May he RIP.

Christopher John Goddard
Pat Joseph, those very same words can describe Kennedy, Clinton,Obama, Roosevelt,so what is the point you are trying to make? Nobody, nobody,seeking the Presidency is perfect.