What type of monarchy is the United Kingdom?

A constitutional monarchy is a form of monarchy in which the sovereign exercises authority in accordance with a written or unwritten constitution, while the Legislative Power is exercised by a Parliament, usually elected by citizens.

In the Kingdom of England, the Glorious Revolution of 1688 led to a constitutional monarchy restricted by laws such as the Bill of Rights 1689 and the Act of Settlement 1701, although limits on the power of the monarch ("a limited monarchy") are much older than that (see Magna Carta). At the same time, in Scotland, the Convention of Estates enacted the Claim of Right Act 1689, which placed similar limits on the Scottish monarchy.

Today, the role of the British monarch is by convention effectively ceremonial. Instead, the British Parliament and the Government – chiefly in the office of Prime Minister of the United Kingdom – exercise their powers under "Royal (or Crown) Prerogative": on behalf of the monarch and through powers still formally possessed by the Monarch.

No person may accept significant public office without swearing an oath of allegiance to the Queen. With few exceptions, the monarch is bound by constitutional convention to act on the advice of the Government.

Ian Swindale
Debra Jenkins you could not be more wrong. The Royal Family is the glue that holds the UK and the Commonwealth together. HMQ is genuinely loved in the UK and had it not been for her the Commonwealth would not exist. I am more than happy to be called &quot;biased&quot; as having been an officer in the British Army I hold the Queen&#39;s Commission and thus have sworn an Oath of Allegiance to Her Majesty.

Cheryl Perkins
I am a staunch royalist, as I think Britain would be worse off without it.

deborahpmercer
I am British and respect the Queen very much, but don&#39;t think I like being classed as a &quot;subject&quot; - still, I have now been robbed of my right to be a citizen of Europe thanks to the Brexiters! Helen Hay
Chriss Crockford, No we don&#39;t. Speak for yourself.

Elsy O. Stromberg
Darlene Davidson, I&#39;m not Canadian, but it was easy for me too.

Alan Straff
Ian Swindale the commonwealth you seem so proud of was the result of British imperialism and it is relevant that those countries now have their independence and as someone who took the &quot;queen&#39;s shilling&quot; i&#39;m not surprised you love her but to say she is genuinely loved in the UK is an extremely misguided assumption.

Chriss Crockford
We all love our Queen 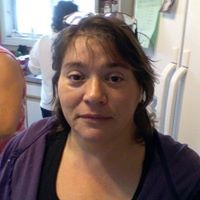 Carmela Lombardo
Ian Swindale, thank you for the info