What was Eddie Albert's character's full name on Green Acres?

The main character of Green Acres is Oliver Wendell Douglas. This TV-show is about a lawyer from New York who wants to become a farmer. His permanent companion is Lisa Douglas, his glamorous Hungarian wife (Eva Gabor). Lisa doesn't want to barter away her happy life in a city and move to some shabby farm.

The debut episode was a mockumentary about their decision to move to a rural area, anchored by former ABC newscaster John Charles Daly. After the first episodes, the series developed an absurdest world.

Though many episodes were still standard 1960s sitcom fare, the show became notable for its surrealism and unrepeatable satire. Charlotte K. Herzog
My family left Milwaukee to move to a small farm. We livedGreen Acres!! Even had a neighbor like Mr. Haney! 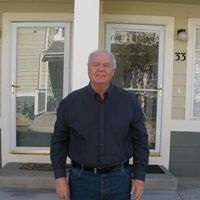 Michael Barker
great show true to small farming communities to bad we still don&#39;t have show like that so the whole family could get together and watch

Lee
I enjoyed the show, and sadly today, no shows compare to what we had back then...

dsneed
tesla alset, Yeah, too bad they left that little fact out out.

John Dommerman
Don&#39;t laugh. There are rural communities here in the Midwest just like that.

Char
That I knew

Richard G Schwartz
Nothing about Eddie,Eva or the supporting cast?
Author:
RexTSiciliano
Writer