Edward G. Robinson (born Emanuel Goldenberg) December 12, 1893– January 26, 1973) was a Romanian American actor of stage and screen during Hollywood's Golden Age. He appeared in 40 Broadway plays and more than 100 films during a 50-year career and is best remembered for his tough-guy roles as gangsters in such films as "Little Caesar" and "Key Largo".

Robinson's roles also included an insurance investigator in the film noir "Double Indemnity", Dathan (adversary of Moses - Charlton Heston) in "The Ten Commandments", and his final performance in the science-fiction story "Soylent Green".

Was originally slated to play Dr. Zaius (with Charlton Heston) in "Planet of the Apes" (1968) but dropped out due to heart problems. Roddy McDowall eventually took his place.

Though he never received an Academy Award in his lifetime, Edward G. Robinson received an Honorary Academy Award for his work in the film industry, which was awarded two months after he died in 1973. He is ranked number 24 in the American Film Institute's list of the 25 greatest male stars of Classic American cinema. In October 2000, Robinson's image was imprinted on a U.S. postage stamp, its sixth in its Legends of Hollywood series.

Cheryl McMeekin
Great actor who needs to be better recognized for his work on and off the stage!!! 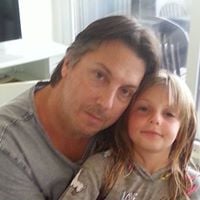