What was the biggest major naval engagement of WWI?

The Battle of Jutland was a naval battle fought by the British Royal Navy's Grand Fleet under Admiral Sir John Jellicoe, against the Imperial German Navy's High Seas Fleet under Vice-Admiral Reinhard Scheer during the First World War. The battle was fought from 31 May to 1 June 1916 in the North Sea, near the coast of Denmark's Jutland Peninsula. It was the largest naval battle and the only full-scale clash of battleships in the war. It was the third fleet action between steel battleships, following the smaller but more decisive battles of the Yellow Sea (1904) and Tsushima (1905) during the Russo-Japanese War.

Germany's High Seas Fleet's intention was to lure out, trap and destroy a portion of the Grand Fleet, as the German naval force was insufficient to openly engage the entire British fleet. This formed part of a larger strategy to break the British blockade of Germany and to allow German mercantile shipping to operate. Meanwhile, Great Britain's Royal Navy pursued a strategy to engage and destroy the High Seas Fleet, or keep the German force contained and away from Britain's own shipping lanes.

billyboy915
srv, Your criticism is invalid because you offer no remedy to what you see as poor wording. Tearing down is easy. Making improvements requires some thought and effort. Try it next time.

Grant McIntosh
Battle of Trafalgar was in 1805, yet several thousand on here put that down as the answer to a WW1 battle. It really beggars belief. There again, the majority of people on here are from the USA, so why am I surprised ! And apologies to the few people from the USA, who have had an education.

Fred Keogh
Although the British lost more ships and men, it is considered a British victory, as the German navy retreated back to home Port, where they stayed, bottled in by the Royal Navy, until the end of the war.

Stormi Chavez
Got i 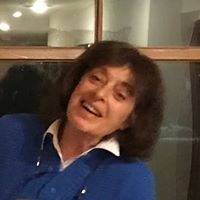 Yvette Baeu
This question is iffy.. Gery Tillmanns
I did not know ....