What was the earliest known version of the Monopoly game known as?

The history of the board game Monopoly can be traced back to the early 20th century. The earliest known version of Monopoly, known as The Landlord's Game, was designed by an American, Elizabeth Magie, and first patented in 1904 but existed as early as 1902. Magie, a follower of Henry George, originally intended The Landlord's Game to illustrate the economic consequences of Ricardo's Law of Economic rent and the Georgist concepts of economic privilege and land value taxation A series of board games were developed from 1906 through the 1930s that involved the buying and selling of land and the development of that land. By 1933, a board game had been created much like the version of Monopoly sold by Parker Brothers and its related companies through the rest of the 20th century, and into the 21st. Several people, mostly in the Midwestern United States and near the East Coast, contributed to the game's design and evolution.

Joanne Serin
Quite accurate. That&#39;s basically what you are when you buy the properties.

Char
Louella Wilson, me too the money wasn&#39;t real so? I mean roll dice. I just couldn&#39;t get into it. Maybe because it showed how poor I was lol

patrhea
Got it by guessing, but think think I heard it somewhere maybe.🤔

Joanne Serin
Belgasem Goma, why do you say that? The graph shows it as 41.2%. 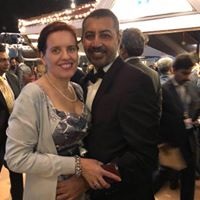 Elsy O. Stromberg
I liked the game; didn&#39;t know it was called that.