What was the name of El Cid's sword?

Rodrigo Díaz de Vivar (c. 1043 – 10 July 1099) was a Castilian warlord in medieval Spain. The Moors called him El Cid, which meant the Lord (probably from the original Arabic al-sayyid, السَّيِّد), and the Christians, El Campeador, which stood for "The Battlefielder," "Outstanding Warrior," or "The one who stands out in the battlefield". He was born in Vivar del Cid, a town near the city of Burgos. After his death, he became Castile's celebrated national hero and the protagonist of the most significant medieval Spanish epic poem, El Cantar de Mio Cid.

The Tizona, or Tizón, is one of the swords (together with La Colada) attributed to El Cid in Spanish literature. According to the Cantar de Mio Cid, El Cid won the sword from its previous owner, King Yucef in Valencia. Afterward, it was gifted by El Cid to his sons-in-law, the Infantes de Carrión but eventually returned into the possession of El Cid. 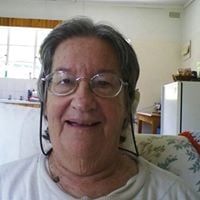 David Roy
The other options sounded Welsh, French and Germanic to me. Michael Baker
Barbara Greer, Did you go to High Scholl with El Sid, you hold your age very well Pedro Ruiz
Got it

Special Patrol Group
As your explanation says he had two swords. This should of been mention in question. Barbara Greer
I barely remember anything about El Cid from high school. This wasn&#39;t one of them.
Author:
Bewley Steve
Writer