What was the name of the cosmonaut who was stranded in space in 1991?

When the USSR was dissolved in 1991 there was much unfinished business: a giant country had broken up into smaller components, the form of government was not settled, property rights were unclear. Also, aspects of the future of the ambitious space programme had yet to be determined.

Sergei Konstantinovich Krikalev (born 27 August 1958) is a Russian mechanical engineer and former cosmonaut. He is a prominent rocket scientist, has completed six space flights and ranks third to Gennady Padalka and Yuri Malenchenko for the amount of time in space: 803 days, 9 hours, and 39 minutes. Krikalev had the misfortune to be on the space station Mir at the precise moment that the USSR disappeared on 26 December 1991.

On that date the space programme was taken over by the newly reconstituted Russian Federation. However, the Baikonur Cosmodrome and the landing site were located in the newly independent Kazakhstan. So, there was some uncertainty about the fate of Krikalev's mission. He remained in space twice as long as originally planned -- a total of 311 days – and finally returned to Earth on 25 March 1992. As a result, Sergei Krikalev is sometimes referred to as the "last Soviet citizen". These events are documented in the 1995 documentary "Out of the Present" by the filmmaker Andrei Ujică. Krikalev's story inspired the 2017 film "Sergio & Sergei", directed by Ernesto Daranas.

The other three answer options are all cosmonauts who died on 29 June 1971 during the re-entry of Soyuz 11.

George Oliver Prince
One of those &#39;oh darn&#39; or maybe a few stronger words moment

Lynne Zeman
How horrible for him. Ugly, long days knowing if/how he could return to Earth.

Wyla Reedy
I have a lot of questions and interest about this. It&#39;s now on my Google list.

Linda Wanta
Just the mention of the names of the 3 cosmonauts who died in the Soyuz 11 incident in 1971, begs for further explanation of the tragic circumstances. I was 13 when it happened, yet don&#39;t recall even hearing about it. Perhaps because it was overshadowed a month later, by the celebration of the Apollo moon landing?&#129300;

Fred Keogh
He got back to Earth on the same day I left the Army, memorable.

Puppermom
George Oliver Prince, oh 💩 is more like it! 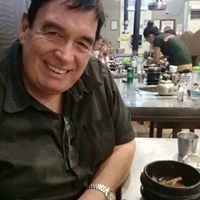 Playerkevin
Thought the Soviet program went smoothly without fatalities, yet thanks to the writer we hear about those 3 fatalities. What exactly is the truth going on in space between the powers that we never hear about then and now. Very suspicious indeed!

stormejohn
Lynne Zeman, It was much worse for the other 3 cosmonauts.

Debbie H Worcester
I somehow quessed the right answer without knowing any of the names! Really interesting commentary too. The thought of someone hanging around in space twice as long as planned and returning to a completely different homeland is quite mind boggling! At least he did return safe though...

earlepg
Lynne Zeman, Makes them meaningless in all cases and easy to ignore.

David Colloby
Interesting, however I guess they must have allocated food and water supply for such an event.

Lynne Zeman
Have you noticed how every comment gets a &quot;Thumbs down&quot; vote? Even nice, positive comments. Seems that someone certainly has a &#39;tude. Glad not to know &#39;em.

Karin Johansson
Depend on what you mean with space. Remember Challenger, remember Apollo 1 and Columbia. They died too.

Player
Linda Wanta, the Wikipedia article on Soyuz 11 is an interesting read. The only people to die in space.

Player
Always wondered why so many rocket launches take off from Kazakhstan, so I learned that

Lynne Cage
A bit of a dilemma 😏

Puppermom
Budget was a problem. Can you imagine?
Author:
Frank Cowell
Writer