What was the name of the site where Jesus was crucified?

Golgotha, or Calvary, was, according to the Gospels, a site immediately outside Jerusalem's walls where Jesus was crucified. There is no consensus as to the location of the site. John (19:20) describes the crucifixion site as being "near the city". According to Hebrews (Hebrews 13:12), it was "outside the city wall". Matthew 27:39 and Mark 15:29 both note that the location would have been accessible to "passers-by". Thus, locating the crucifixion site involves identifying a site that, in the city of Jerusalem some four decades before its destruction in AD 70, would have been outside the city walls and well visible to passers-by.

Chriss Crockford
Not sure the response for the correct answer “Wow! you nailed it” was particularly appropriate.

Roslyn Russell
Oddly, I am about to go into a hospital called Calvary John James - it is run by the Little Sisters of Mary. I agree with Alan Waites though - while we call the site Calvary, Golgotha is the name given in the Gospels.

Annie
I answered correctly. Would like to go to the Holy Land someday.

Cat Woman
These portraits of &quot;Nordic&quot; Jesus are so illogical and outdated. Yeshua was a Middle Eastern man of color.

c r r b
Alan Waites, Do you know why it is called &quot;Place of the skull&quot; ?

Roselyn L Prollo
Jesus was crucified at the spot outside the Jerusalem called Golgotha which Aramaic &quot; means place of skull.

Joanne Serin
Laurette Pearlman, I was there in Jan. 2016.

illonabird
Chriss Crockford, Sounded spot on to me.

EricP
Even though I got it right, because I was raised in the Mt Calvary Baptist Church, according to the Bible, he was crucified on the hill of Golgotha. Now as an atheist I pose 1 simple question. If you can’t even prove he existed, how then do you know he was crucified? Any answer will do that doesn’t come from the Bible, but actual proof.

Player
He was sent to Calvary

David Coe
There is no historical record of a man Jeshua bar Joseph being executed by the Roman authorities in that time period. And the Romans kept VERY good records....

allysweets
Chriss Crockford, yeah, it kind of hit close to the bone

Andy the educated troglodyte
Chriss Crockford, I can&#39;t believe it was accidental. 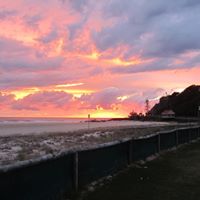