What was the rumored reason The Manchurian Candidate was shelved for 11 years?

According to rumor, Sinatra removed the film from distribution after the John F. Kennedy assassination on November 22, 1963. Michael Schlesinger, who was responsible for the film's 1988 reissue by MGM/UA, denies the rumor. According to him, the film's apparent withdrawal was not due to the assassination, but due to lack of public interest in 1963. The film became the premiere offering of The CBS Thursday Night Movie on the evening of September 16, 1965, and was rerun in April 1974 on NBC Saturday Night at the Movies. Sinatra's representatives acquired rights to the film in 1972, after the initial contract with United Artists expired. After a successful showing at the New York Film Festival in 1987, renewed public interest in the film, the studio reacquired the rights and the movie again became available for theater and video releases.

Patricia Hawes
I agree with David Coe. It was Sinatra that had it shelved, but he was not included in the answer.

David Coe
Not true, they are mixing another TRUE story. It was the 1954 movie &quot;Suddenly&quot; about a plot to assassinate The President. Sinatra asked United Artists to withdraw Suddenly from circulation because he heard the rumor that Lee Harvey Oswald had seen it before shooting President Kennedy. According to Hollywood legend, Sinatra bought up all remaining copies of Suddenly and had them destroyed, but this was not true. Sinatra also supposedly wanted The Manchurian Candidate – of which he was a producer – withdrawn after the assassination, but its disappearance was caused by its having completed a normal film release schedule

dlh
Angela Lansbury was only three years older than her son in this movie but was totally believable in the role! Portrayed an amazingly evil woman! I have always loved her body of work, and this movie is near the top of the list!

dsneed
Had to buy a life to keep playing.

Carl Belken
I remember the movie PT 109 was supposed to show at one of our local theaters but the owner cancelled the showing out of respect for Kennedy.

Shirley Dutt
According to rumor! 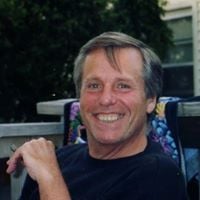 jackmac
Not true, an urban myth