What was the world's first billion dollar corporation?

Created by legendary banker J. Pierpont Morgan, United States Steel Corporation (U.S. Steel) was capitalized at $1.4 billion. This amount is equivalent to about $80 billion today (2017). It was the world's first billion-dollar company, and its capitalization was equal to almost 7 percent of the country's GNP in 1901. At one time, U.S. Steel was actually the largest steel producer and largest corporation in the world.

Concerning U.S. Steel, it is clear that a very crucial moment for the company came in 1986 when the holding company USX Corporation was established to oversee U.S. Steel's diversified interest. At that time, the gigantic steel company was divided into four operating units: USS (for steel), Marathon Oil, Texas Oil & Gas, and the U.S. Diversified Group (covering the chemical, engineering, and real-estate businesses, among others).

U.S. Steel Group was spun off from USX in 2002 and again became an independent, publicly traded corporation under its original name, United States Steel Corporation. It acquired the steel-related businesses of National Steel Corporation in 2003.

Can you imagine what a giant this corporation is? Share your impression in the comments below!

Steve McVey
Bill0325, in 1901, read the question and the comments, both give the answer. William &#39;Bill&#39; Hoffman
In many circles when someone said &quot;The Corporation&quot; it was know to refer to U.S. Steel. Shirley Cleveland
Got it wrong, I picked oil

Pam Tyler
Can&#39;t understand it. The wrong answer came up before I touched anything. I have mentioned this before. Gerald Woerner
George Oliver Prince, not so easy, most people guessed Standard Oil. By saying &quot;easy one&quot; you give an air of superiority which may be true but irritating nonetheless. Kathy McLean
Can Canadians invest in U.S. Steel now that it owns our former Stelico? 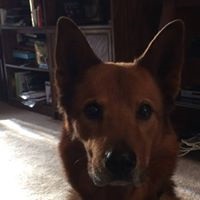 Ruth Kalamasz
I got it right but surprised it wasn’t standard oil. Wow.

Cheryl Perkins
Made a good guess Garth Parsons
You don’t have to use more than one punctuation mark after your sentence... Even an ellipsis will/can sustain a point to a point of over stating.... Garth Parsons