What were the side holes in Converse All Stars shoes originally designed for?

Chuck Taylor All-Stars or Converse All Stars (also referred to as "Converse", "Chuck Taylors", "Chucks", "Cons", and "All Stars") is a model of casual shoe manufactured by Converse that was initially developed as a basketball shoe in the early 20th century.

Originally, the shoes featured two extra holes on the side near the bottom that were identical to the shoelace holes. Over the years many people have assumed that these “extra” holes are for airflow, or simply a fashion statement.

Actually, these two side holes are exactly what they look like; for lacing your shoes. The design was intended to accommodate every basketball player’s foot, and the two holes on the side would allow them to customize the fit of their shoes and keep laces from unraveling 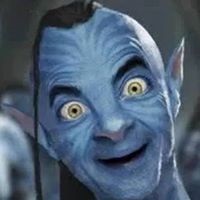 Benedicte Corneliussen
The holes allow air to get into the shoe – much like the breathable material your gym trainers are made out of – and help stop your feet getting sweaty.

John Cameron
David, if you don&#39;t know the correct answer to the question, stop asking questions!!

Sergey Arustamov
It&#39;s for purpose of ventilation that is all. Wrong answer.

SeasonedAngel
Gordon Mehaffey, May I introduce myself to you, as the sole person who uses these holes to tighten my shoelaces. 😄

Vernon Ross
Make that 3! The holes were designed for ventilation! The custom shoe tightening, was secondary! Common sense 101!

Gail Gaber
Exactly Benedicte... ventilation. Some answers are just wrong by the creator.

Eileen Murphy
none of these answers are correct. They are there for ventilation.

Gordon Mehaffey
I may go off of this site as horrible questions appear way to often to waste our time. This is a fun quiz becoming crazy with approved wrong answers. As a coach since 1963, I have NEVER seen or heard of anyone, anywhere lacing with these holes😫. They are for air to come inside the shoes.

MohamedLarbi Bouabdallah
I always have ventilation holes made in my shoes...

Kareem Kamal
This should not have been approved with that blog as a reference.

David Holmes
Why doesn&#39;t someone ask the manufacturer instead of saying &quot;wrong, wrong, wrong&quot; to everyone&#39;s suggestion?

John McLardie
This is what happens when you design a question based around a &#39;blog&#39; which quotes a partly correct answer. Question should be withdrawn.

Julie Allen
Bret Schwarz, Would be uncomfortable for tighter lacing.