What year did the rock group Led Zeppelin first tour the United States?

The genesis of this tour was the cancellation of a concert tour by the Jeff Beck Group, which happened to be managed out of the same office occupied by Led Zeppelin's manager Peter Grant. Grant contacted the promoters and convinced them to take on Led Zeppelin instead.

To help publicize the band in America before the tour, Grant sent white label advance copies of the band's debut album to key FM radio stations. The album itself was issued on 17 January, mid-way though the tour. According to tour manager Richard Cole, the tour was underwritten by Grant, guitarist Jimmy Page, and bass player John Paul Jones, while singer Robert Plant and drummer John Bonham were paid a salary.

For this stint of concerts, Led Zeppelin initially played as the support act for bands such as Vanilla Fudge and Iron Butterfly (both of which were also contracted to Atlantic Records) and Country Joe & the Fish. However, as the tour progressed, it became apparent that Led Zeppelin was easily outshining the headline acts. As guitarist Jimmy Page explained:

By the time we reached San Francisco, the other groups on the bill just weren't turning up. Country Joe & the Fish backed out of playing with us on the West Coast and Iron Butterfly didn't turn up on the East.

billyboy915
spg cool dude, &quot;Should OF&quot; is horrendous grammar. While it sounds much like &quot;should&#39;ve&quot;, it is wrong, especially since you did not use the contraction which is short for &quot;should HAVE&quot;! I ordinarily wouldn&#39;t go to the pains of correcting grammar, but you have consistently used this expression, much to my consternation.

fdeisner
The first line of the explanation states &quot;Led Zeppelin&#39;s 1968/1969 tour of North America&quot;. The choices should have followed the format of the question or the question should have been worded differently, such as when did the tour begin or when did the tour end. With the choices given there were two correct answers. Once again how did this question pass review? Honest sailor note here we go with another clown.

Bekkah
They started same month I was born in November.

Shelley Welch Dunivan
68-69. Both are correct!

Nicholas Miernicki
Chose 1969, because that is when I remember Led Zeppelin I first being available.

Marian Spitzig
Why are the wiki references still in the explanation? 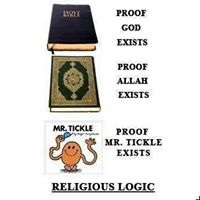 dejayel
They were named &quot;The New Yardbirds&quot; before someone said they were so bad &quot;They&#39;d go over like a Lead Zeppelin&quot;.

George Oliver Prince
By placing 68 and 69 as answers, it through a few people, since the same tour was in 68 and 69