The first night game in Major League Baseball (MLB) history occurred on May 24, 1935 when the Cincinnati Reds beat the Philadelphia Phillies 2–1 at Crosley Field. The original plan was that the Reds would play seven night games each season, one against each visiting club. Night baseball quickly found acceptance in other Major League cities and eventually became the norm.

The first big-league team to play games at night was the 1930 Kansas City Monarchs of the Negro Leagues (not part of the MLB organization) who often played against the House of David baseball team, who carried portable lights mounted on trucks along with their team bus. The Monarchs first night baseball game was on April 28, 1930. It was an exhibition game in Enid, Oklahoma against Phillips University.

Char
Didn&#39;t listen to myself so I got it wrong 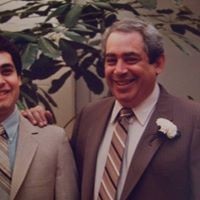 Ron Garfinkle
George Soffa, I many cases you only saw part of the ball.

Mark Ann Dubaz
Isn’t this a repeat question or either it was on another Quizz game.

filmnut
And the Commissioner of Baseball said: “Let There Be Light”.

Barbara Glasper
My tablet jumped again when I hit the 50/50 and hit the wrong answer. I never would have picked 1980. Dang!!!

John W Shreve
From the White House, FDR threw the switch that turned the lights on.

Cameron Snowman
I cannot believe I got this wrong. Live and learn!
Author:
FAJK
Writer