When was 'IKEA' founded?

IKEA is a European multinational group that designs and sells ready-to-assemble furniture, kitchen appliances and home accessories, among other useful goods and occasionally home services.

Founded in Sweden in 1943 by 17-year-old Ingvar Kamprad, IKEA has been the world's largest furniture retailer since 2008. According to the Bloomberg Billionaires Index, as of January 2018, Kamprad was the eighth richest person in the world, with an estimated net worth of US$58.7 billion.

The company's name is an acronym that consists of the founder's initials (Ingvar Kamprad) plus those of Elmtaryd, the family farm where he was born, and the nearby village Agunnaryd (his hometown in Småland, southern Sweden).

Ingvar Kamprad initially founded IKEA in 1943 as a mostly mail-order sales business, but began to sell furniture five years later. The first store was opened in Älmhult, Småland, in 1958, under the name Möbel-IKÉA (Möbel means "furniture" in Swedish).

The first stores outside Sweden were opened in Norway (1963) and Denmark (1969). The stores spread to other parts of Europe in the 1970s, with the first store outside Scandinavia opening in Switzerland (1973), followed by West Germany (1974).

teresab
Interesting that IKEA was founded during WW2, makes you wonder how and why.

✨KRISTA✨
And this is common knowledge!?! I have never been to an IKEA, wonder what it is like now days? 🤔💕

dmarkc
krkyates, Nazis were permitted travel through the country and its economy wasn&#39;t disrupted by bombings and plundering. Sweden somewhat played for both sides with railways moving German troops and armaments and allowing some allied use of airfields and offered intelligence. Germany also owned iron mines in Sweden. You can see why Churchill was not a fan.

Karin Johansson
Actually ge started His selling of things much earlier. Then more organised in the 40s.

Karin Johansson
krkyates, to all. 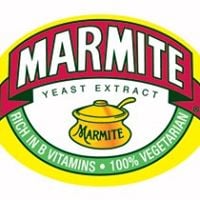 Simon Jolley
Purely domestic sales, made in his garage, delivered by the milkman

deborahpmercer
That took me by surprise!

krkyates
1943, Sweden was a neutral country in WWII. So who was IKEA selling too?

Robert Oldenburg
Wow, In in example of poor finger aim missing my wrong guess and hitting the correct answer by mistake.

Kimberly Kennedy
I have to wonder how many mail orders IKEA was receiving in the middle of WW2?

John W Shreve
I sometimes get IKEA and Lego mixed up, then I think of &quot;Lego&quot; being a long &quot;leg&quot; reaching down to Denmark and I feel much better.

jshehan
Julie Allen, have seen this in about five times now.