When was the chemical company Monsanto founded?

The Monsanto Company was an American agrochemical and agricultural biotechnology corporation founded in 1901. In 2018, it was acquired by Bayer.

It was headquartered in Missouri, USA. In the 1970s, Monsanto developed a glyphosate-based herbicide and became a major producer of genetically engineered crops.

It was one of the top 10 US chemical companies until it divested most of its chemical businesses between 1997 and 2002, through a process of mergers and spin-offs that focused the company on biotechnology.

Monsanto was one of the first companies to apply the biotechnology industry business model to agriculture, using techniques developed by biotech drug companies. In their business model, companies recoup research & development expenses by exploiting biological patents.

The company once manufactured controversial products such as their insecticides including Dichlorodiphenyltrichloroethane 'DDT', Agent Orange, and bovine growth hormone. Its seed patenting model was criticized as biopiracy and a threat to biodiversity as invasive species. Its is also a known carcinogen.

In 2016, Bayer announced its intent to acquire Monsanto for US$66 billion. After gaining US and EU regulatory approval, the sale was completed on June 7, 2018 where the name Monsanto was no longer used. 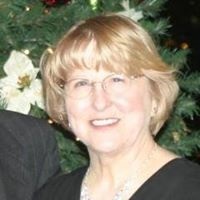 Bebe Fain
I wonder why I hadn&#39;t heard anything about Monsanto in the last few years, now I know.
Author:
ALPHA
Writer