When was the first bicycle invented?

German Inventor Karl von Drais is credited with developing the first bicycle. His machine, known as the "swiftwalker," it hit the road in 1817. This early bicycle had no pedals, and its frame was a wooden beam. The device had two wooden wheels with iron rims and leather-covered tires. As the name suggests, a rider walked on top of the bike with his feet leaving the ground during descents.

By the time the modern "safety" bicycle was developed in the late 1800s most frames were made with steel tubing instead of wood or cast iron. While the steel bicycles were quite strong they were also very heavy. It was not uncommon for a bicycle of that era to weigh in at over 80 pounds (36.28 kg.).

The velocipedes of the mid 1800s consisted of two wooden tires, a front fork, handlebars for steering, a saddle on wooden frame, and pedals on the axle of the front wheel. The velocipede also received a nickname, the "boneshaker." With the rider now completely mounted on the bicycle, he felt all of the bumps--the early velocipedes were not equipped for absorbing vibrations. It wasn't until the development of the pneumatic tire that this problem was effectively addressed. At around the same time the pneumatic tire was developed (1888), lighter materials began to be used for frames, improving the ride dramatically.

Wyla Reedy
As of 2021 the demand for bicycles has skyrocketed.

John W Shreve
I rode my bike to work for a little over 25 years.

cindigon
They make bikes without pedals for kids called balance bikes. They learn balance. By the time my grandsons were 4, they could ride regular bikes. 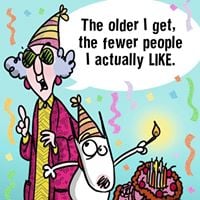 jadefalcon
Total wild guess on my part, but I guessed right anyway.

Ron Harvey
Need some better answer options next time Not Me.

Joanne Serin
James Webb, what does that mean, &quot;Hovis in the Yorkshire Dales&quot;?

James Webb
Can you image a poor lad in 1817 using one of those as a shop bike delivering Hovis in the Yorkshire Dales.

Peggy Tinsley
Butch Cassidy had one of the first

Chrissie
John W Shreve, you must have lived a great distance from your workplace, if it took you that long to commute to it.

Denise Currie
The other dates seemed far to early to me

earlepg
Looking at the picture of the velocipede, and taking into account the description, I&#39;d have taken a second thought before actually attempting to ride it.

Char
I did not know that thanks
Author:
not me
Writer