When was the first .com domain registered?

The first dot-com was purchased by the Massachusetts based computer company Symbolics on March 15, 1985 -- four years before the World Wide Web even existed. (Email and the Internet pre-date the Web).

Symbolics was one of the original makers of computer workstations, and the company even got a mention in the movie "Jurassic Park." But the "Lisp" computer language that Symbolics developed eventually faded in popularity. Symbolics went belly-up and filed for bankruptcy in 1993.

In August 2009, it was sold to XF.com Investments.

The company and its symbolics.com website continue to exist today. Symbolics maintains the Lisp operating system that is still used by some companies and government agencies, albeit in a very limited way.

DannyBoy
Didn’t know that. Now I do, for about 5 more minuets. 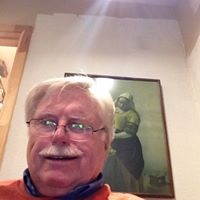 Joseph A. Robitaille
Nice question and a good answr.