When was the Korean War?

The Korean War was a military conflict begun on the 25th of June, 1950 between North and South Korea, in which a United Nations force fought for the South, and China was on the side of North Korea. The Soviet Union was also assisting the North. The war arose from the division of Korea at the end of World War II and from the global tensions of the Cold War that developed immediately afterwards. About 5 million people died during the war, which finally came to its end in 1953. The Korean War wasn't widely covered by American mass media.

Scott Sumone
another place where many brave Americans made the supreme sacrifice.... Teo Sinclair
Sorry, Jim (Frisbie), but your logic is flawed. If you do the math, the number of people who die in wars, while horrific in human terms, is utterly insignificant compared to world population increase. Tens, even hundreds of thousands compares insignificantly to the several billionfold doubling of the world population since the early 70&#39;s from 3 to 6+ billion. Americans who died in the Korean Conflict, for example, account for 1/1000 of 1% of that increase in population. This is to say nothing of your paranoid position on purposeful so-called &quot;population elmination (no idea where you got that term).&quot; Hey, Jim, just because you&#39;re paranoid, it doesn&#39;t mean they&#39;re NOT out to get you!

DHL
Thank you for a History question!

David Harrower
other nations fought there too scott

Mark G. Feeney
tecnically, the war continues. a truce is in place but no peace treaty. 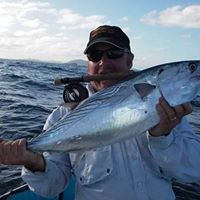 Odd Joe
I believe that the Chinese government has never admitted to their number of casualties, so western estimates run from 180 000 to 900 000 deaths. The USA lost some 35 000.

Irene Townsend
benoit jimmy, I can&#39;t really understand a word you&#39;ve said except when you say something about &#39;population elimination is a joke esp since China would need to fight. &#39; No China is already winning the war, through Industries by slowly working through owing all industries all over the world. Food for thought.

Irene Townsend
Scott Sumone, You do make it sound like only Americans were there. Whether or not that wasn&#39;t what you meant. Can see why many have got a little upset. Guess it&#39;s not what you say it&#39;s how it&#39;s said.

Irene Townsend
Learnt that partly through M.A.S.H rather it was confirmed through M.A.S.H. A lot of people lost their lives and technically it is still going on, as I don&#39;t believe it was officially over with no winner and no truce or treaty of any kind. Mind you I wouldn&#39;t trust neither the North Koreans nor Chinese Governments as far as I could throw them, which aint far.

bmeuler
There was no clear winner of the Korean Conflict. There was no peace accord just a truce. The South Koreans are our staunch ally. I have trained with them many times.

Charli Robinson
Marcella Kosse, ... same as all places we have fought a war. We have bases and troops still there. Gives us and our allies an edge for a &quot;tough&quot; military presence. Japan, S .Korea, Germany, etc.

Charli Robinson
Lydia Coutts, ... already doing it. Not by an armed conflict but by abortion clear up to the time of birth.

Peter Robertson
Harriet Wilson Bronson, Tell that to those killed in it.

Carroll Price
The 1st of many subsequent &quot;no-win&quot; wars, following America discovering that more money is made fighting wars than winning them..

james parrillo
Jarrah Iluka, I could not give your comment a thumbs up, because it discusses the brave casualties and wounded, and I am not applauding that. Thank you for the information. It is good to remember them. Christine, James&#39; wife

Char
I was born in 52 my Dad had done his stint and just got home and married in 51.. So that confused me as he didn&#39;t fight in Korea. Maybe he was posted elsewhere?

Char
Lydia Coutts, I kept trying to remember the dates as I loved MASH. I was off
Author:
FAJK
Writer