Where did the first known outbreak of Ebola occur?

Ebola virus disease (EVD), formerly known as Ebola haemorrhagic fever, is a severe, often fatal illness in humans. About half of the people diagnosed with Ebola die.

The first case of Ebola occurred between June and November 1976 in Nzara in South Sudan (now a separate country, then part of Sudan). The South Sudan outbreak was only positively identified as Ebola after the second outbreak in Zaire (Democratic Republic of the Congo). manhino
There were 2 simultaneous out breaks of Ebola in 1976, one in S. Sudan, the other in Democratic Republic of Congo in a village near the River of Ebola, from where the virus got the name!

Special Patrol Group
The disease was first identified in 1976 in two simultaneous outbreaks, one in Nzara, South Sudan, and the other in Yambuku, Democratic Republic of the Congo, a village near the Ebola River from which the disease takes its name. Russ Boyd
Maybe we will protest your Bigotism.

ghostwtr
Actually occurred on the Ebola River in the Congo

Fleuriefirst
Ebola is named after the place - in the CONGO- where the first outbreak occurred. How come this wasn’t an option?

aaustin
Your question is technically wrong. But I&#39;m sure you know that already from the comments I see.

miraclemagic
The outbreaks happened simultaneously the second near the Ebola River (since the name!) in Yambuku.

Ron Gosling
manhino, I think the answer said that.

dsneed
Made a mistake. Eh, it happens sometimes.

Rob Arthurs
This answer is wrong. The first outbreak of Ebola was in the Republic of Congo which was known as Zaire, near the Ebola River.

jack patti go
I used a clue! But I then picked the correct, one!

silrem
AGAIN! I hate when I read comments on other comments and then can&#39;t find the offensive comment. Dee Camp-White
Again I offer this advice: Answer the quiz questions. Have fun! Learn! Do NOT read the comments. If you need clarification, look elsewhere.

Chris Braid
Another good Q and A. Guessed wrong this time. 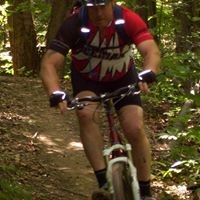 Steve Andriot
manhino, you are correct. Thank you

andrewnealski
My first thought on The Jersey Shore. The show not the geographical location.
Author:
Frank Cowell
Writer